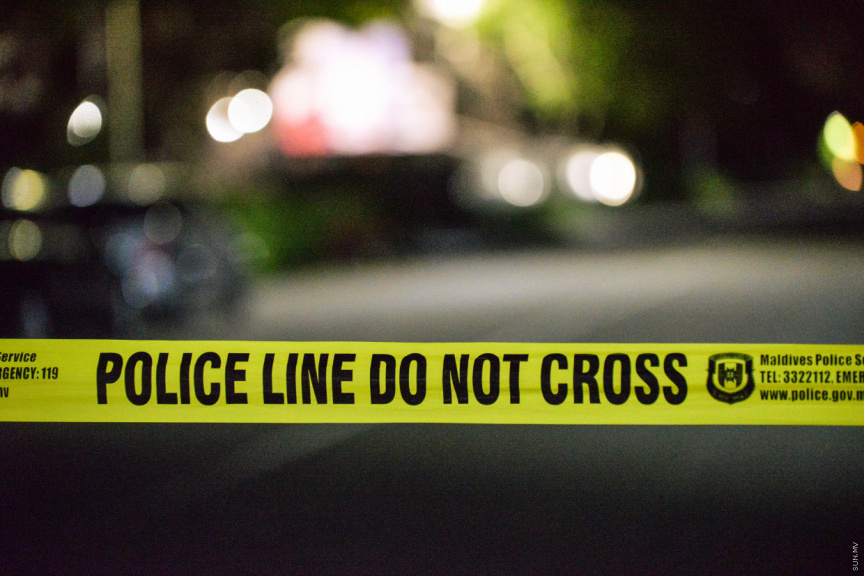 A police line bars access to a scene of a crime. (File Photo/Sun/Fayaz Moosa)

Two British nationals have been arrested by Maldivian authorities carrying total 240 drug capsules in their stomach when they arrived in Maldives.

The Criminal Court granted a five-day extension to their remand on Wednesday.

Both men are currently hospitalized at the Indhira Gandhi Memorial Hospital (IGMH) to remove the drug capsules from their body.

Their remand hearing was therefore held in absentia.

Police told the court that both men were suspected of carrying 120 drug capsules each.

Both men still have most of the drug capsules inside their stomach.

Police told the court that one of the men has passed 13 drug capsules, while the other has passed 12.

The court has instructed the police to present the men before the court as soon as they are discharged from the hospital.

The men have asked for an attorney to be arranged for them at state expense.