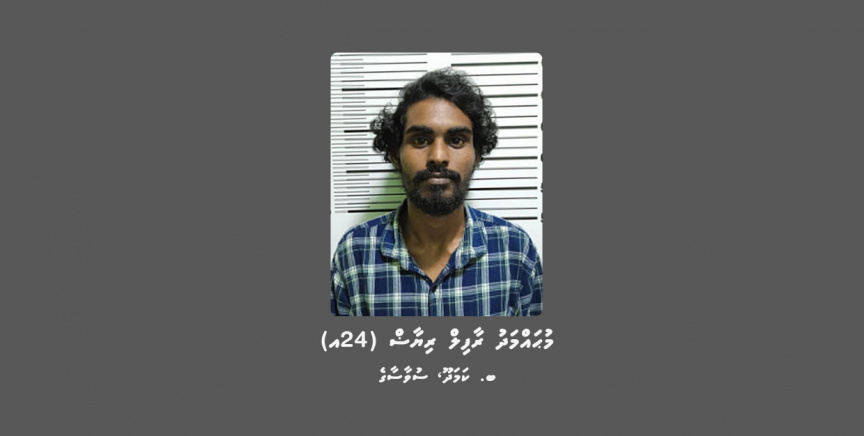 Maldives Police Service is searching for a man charged with drug trafficking in a case filed at Criminal Court, in line with an order to bring him before the court under arrest following his failure to attend hearings.

Criminal Court has ordered the police to bring him before the court, in their custody, at 10:00am next Thursday.

Police have urged anyone with information regarding Raafil to contact them at 9991442.