VP: Govt. will not discriminate based on size of islands in carrying out development projects 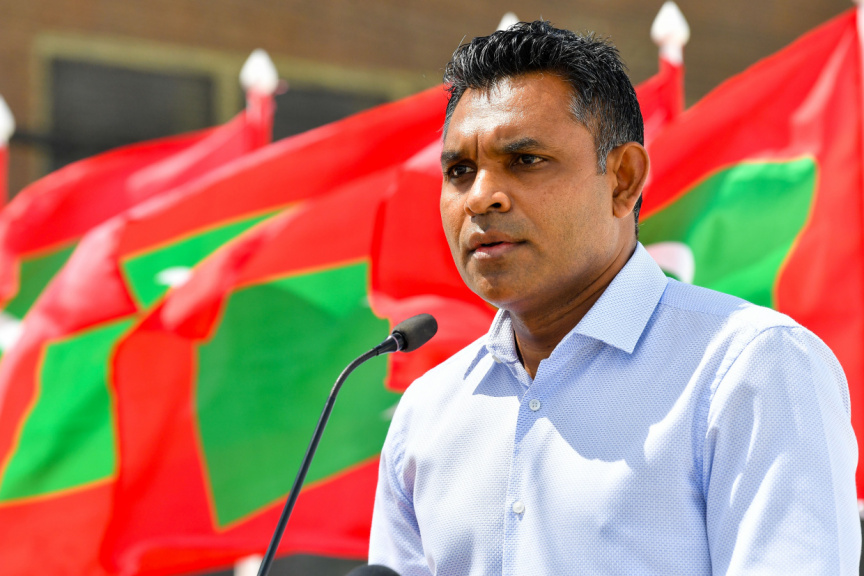 Vice President Faisal Naseem has stated that the government will not discriminate based on the size and population of islands whilst carrying out development projects.

He said this whilst speaking at a special ceremony held this morning at HA. Hoarafushi, to inaugurate the island’s road development project.

VP Faisal said that President Ibrahim Mohamed Solih’s goal was to fulfill his electoral pledges in the competent manner despite the constrains posed by the COVID-19 pandemic – adding that the result of this was having more projects completed in the last three years than ever before.

On this note, he further detailed that the combined projects carried out by Maldives Transport and Contracting Company (MTCC), Fenaka Corporation Limited (Fenaka) and development projects in the education and health sector alone is a testament to this.

In addition to this, VP Faisal also highlighted the efforts by the government in creating a more productive and resilient youth population.

He also stressed that this administration has protected the people's right to free expression and instilled peace and harmony in the society, in contrast to the previous administration three years ago.

Hoarafushi road development project is one which was awarded to MTCC. They will be constructing 11 asphalt paved roads as part of the project.

Vice President Faisal Naseem is currently on a two-day trip to the Haa Alifu Atoll and Haa Dhaalu Atoll. Hoarafushi is the first stop in this trip.

He is accompanied by a high level delegation from the government on this trip.