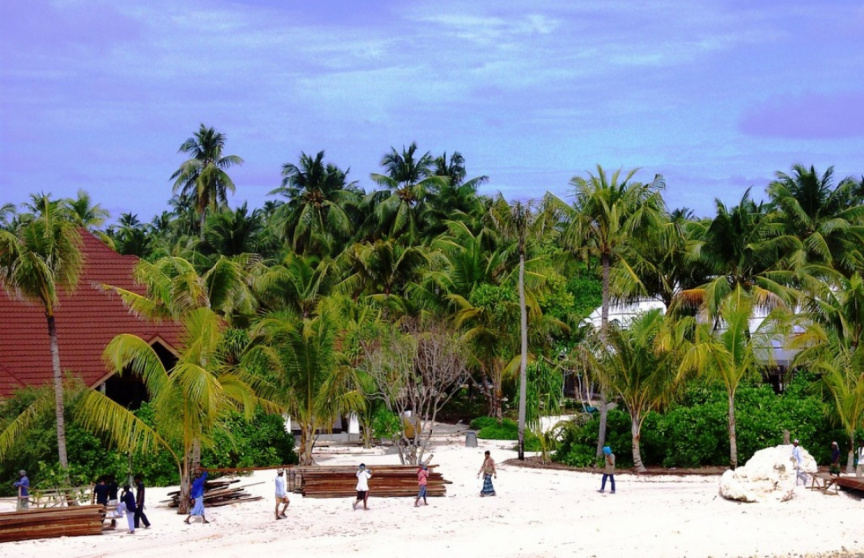 The decision has been made to lease GDh. Vatavahreha, an island being developed by one of DRP leader Abdulla Jabir’s companies as a tourist resort, to a Sri Lankan company for 20 years.

Though the opening of the resort has been delayed for various reasons, 95 percent of the work on the island is now complete.

Jabir, who serves as parliamentary representative for Kaashidhoo constituency, told Sun that negotiations for the lease of Vatavahreha is now complete, and that the resort is expected to open in December, if everything goes according to plan.

Jabir said that the biggest purpose of selling Vatavahreha to a top Sri Lankan company is to bring in additional foreign investment to Maldives and create new employment opportunities for Maldivians.

He declined to disclose the name of the Sri Lankan company the island is being sold to, stating that it will be disclosed when the time comes.

“It's a business secret. So, I can't talk about it right now, right?” he said.

Jabir said the Sri Lankan company will run Vatavahreha as a five-star resort.

“The Sri Lankan company is leasing Vatavahreha for 20 years. They run supermarkets and hospitals. So, I want to use the relationship I have with them and introduce this to Maldives. The company leasing the island will operate it under international management as a five-star resort,” he said.

Jabir said Vatavahreha will have 150 villas, including beach and overwater villas.

Jabir said he was unable to open the resort on the originally planned date because he had to move abroad to London due to the various constraints he faced from the previous administration.

Jabir said he invested USD 150 million in Vatavahreha, and plans on going to the court over the constraints imposed on him by the previous administration.

“The President said those who faced damaged during the previous administration will be compensated. But having said this, compensation is only going to Qasim Ibrahim, Ibra and a company called Noomadi. They are giving the money to who they want. But I am the one who deserves that money. I haven’t received it, despite court rulings in my favor,” he said.

Jabir’s Yacht Tours had invited prospective buyers to submit proposals for Vatavahreha back in 2019 as well.

MP Jabir to develop resort at the sandbank in Mathiveri

'Will go to SC to remove Shahid as Foreign Minister'