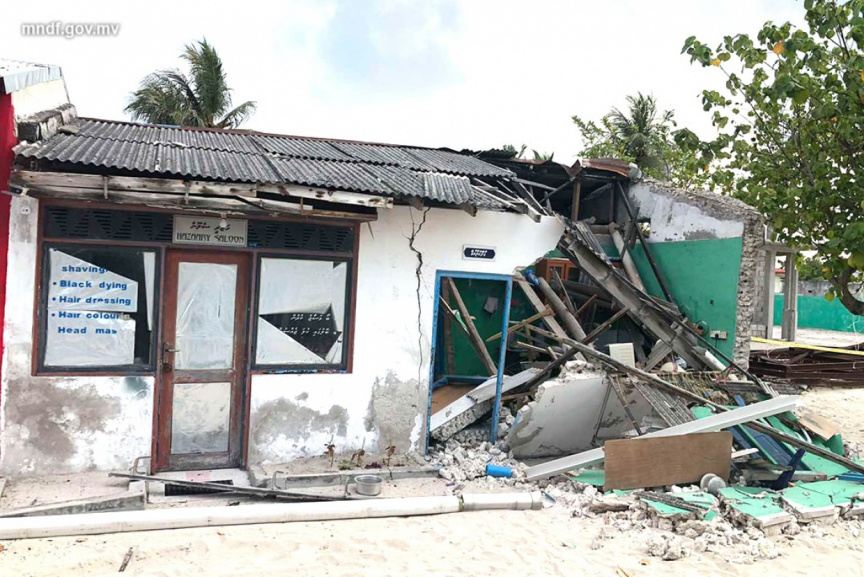 House in R. Inguraidhoo damaged in a gas cylinder explosion on April 8, 2021.

A gas cylinder exploded in a house in R. Inguraidhoo on Thursday, leaving two people injured.

One of the victims is being treated at the Inguraidhoo Hospital, while the other has been transferred to the Ungoofaaru Regional Hospital.

Ismail told Sun that one of the victims is a young woman and that she did not sustain any serious injuries. He said that the young woman was in the bedroom when the incident took place and suffered a shock due to the explosion.

Her condition has stabilized, he said.

He said that she is estimated to have burns covering approximately 50 percent of her body.

Authorities are working on transferring her to Male’.

But the incident did not result in a huge fire, he said.

He said that while explosion resulted in part of the roof of the house to collapse, it did not cause a huge fire.

Voters allowed to travel without quarantine