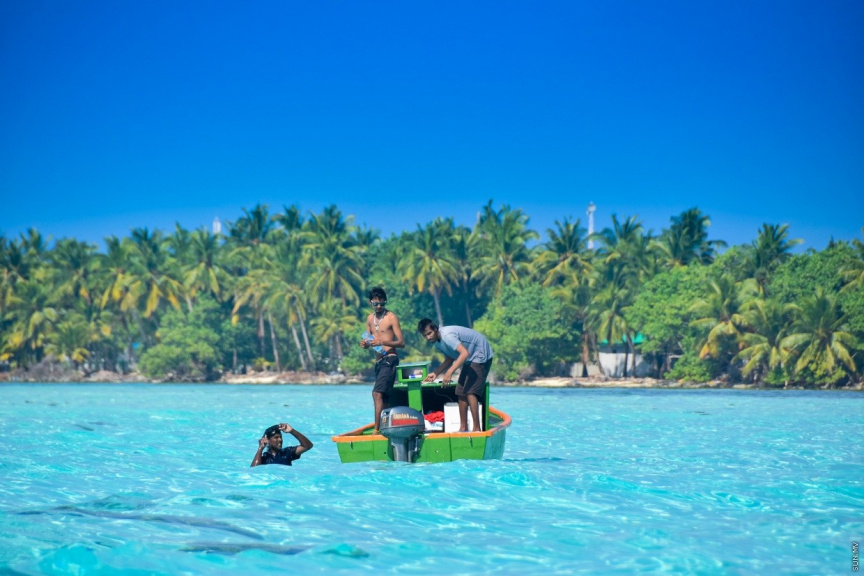 A dinghy in an island of the Maldives. (Sun Photo)

An individual has been injured in a fire incident on a speedboat in V. Thinadhoo harbor.

Thinadhoo Council member Ahmed Naseem said to Sun that the speedboat fire started after a battery explosion. A man was injured as he was attempting to start the boat.

The incident happened around 7:45 in the morning and only the captain of the boat was on it at the time. The man is reportedly around 20 years old.

“It is believed that the battery explosion caused it. Both legs of the captain suffered burns. Due to acid spray, one his legs suffered burns below the knee. He has now been taken to the atoll hospital for treatment.” Said Naseem who added that the injured man’s condition was not serious.

Naseem said that the boat was a fishing vessel belonging to a guesthouse under development by a foreign company. The man injured is from the island of B. Thulhaadhoo.