Met predicts stormy weather in Maldives for next 48 hours 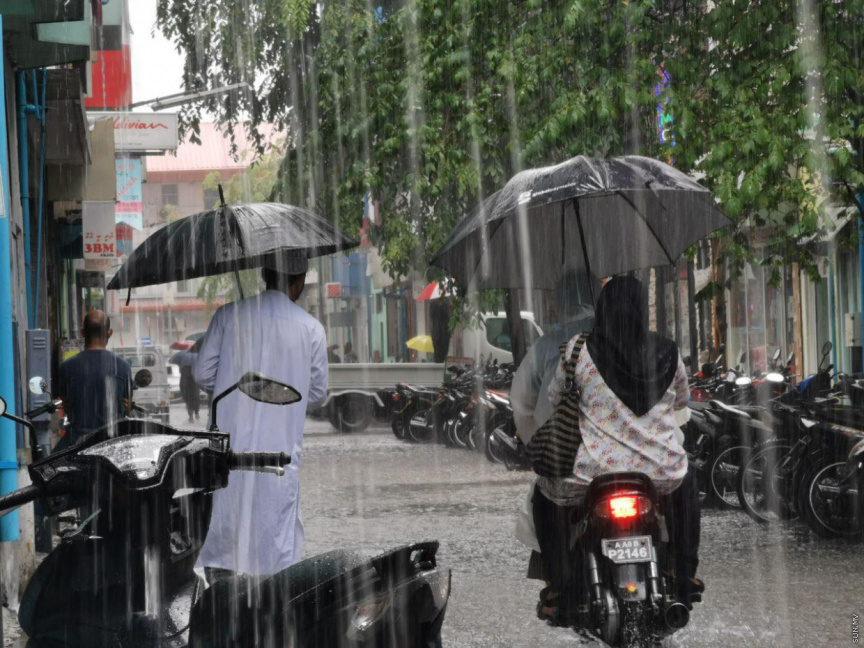 Pedestrians on a road in Male' city on a rainy day. The Maldives experiences heavy rains and bad weather during the month of December every year which the Met Office attributes to the change of the monsoons. (Sun File Photo/Fayaz Moosa)

The National weather forecasting body of Maldives, Maldives Metrological Service (Met Office), on Monday, said that stormy weather was predicted for the whole of Maldives in the next 48 hours.

Speaking to Sun, an official of the Met Office said some islands are expected to receive heavy rains accompanied by thunder.

The northern and central atolls, Met Office expects north-east winds of eight to 18 miles per hour. Meanwhile, in remaining regions, they expect northwest/northerly winds at five to 15 miles per hour which may gust to 35 miles per hour during showers.

Additional predictions made by Met state that except in the southern area, seas will be moderately rough.

Meanwhile, waves are to have a height between 2 - 5 ft in southern seas, and in the central and northern seas, it will be between 3 - 6 ft.

The Met Office has also released a white alert for all of Maldives for Monday, January 25, between 0630 hrs and 1200 hrs.

As per Met, heavy rains and thunderstorms with gusts of 40mph are expected.

Weather will improve after these 48 hours, said Met.

'To withdraw govt. shares in Gan Airport if elected'