Public raises concerns over practice driving being in Hulhumale' 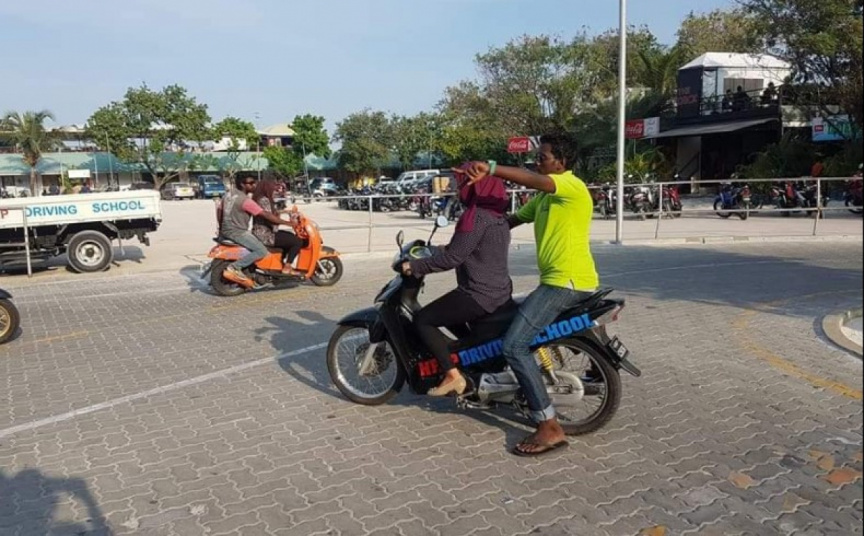 The public has raised concerns over having to go to Hulhumale’ to practice driving ahead of attaining a driver’s license.

Previously, practice driving, as well as testing for license, was conducted in the industrial zone of Male’ City.

Test driving for license was shifted to Hulhumale’ close to a year back, and now, with the work ongoing in that industrial zone for the Thilamale’ Bridge, practice driving was also changed during January this year.

Both practice driving and testing are now done in an empty plot next to the Hulhumale’ Port.

Many have expressed concerns over having to go to Hulhumale’ every time in order to practice their driving.

Speaking with Sun on the condition of anonymity, a driving school owner said that about 90 percent of those attending practice sessions come from Male’. Hence, they have been getting mostly complaints from their customers over this change.

“Most of the customers coming to us are women. They come to learn driving to be able to easily drive their children places. But it would be hard to leave their kids for so long to come, isn’t it?”

Furthermore, the owner also said that the lack of space in the area now allocated poses difficulties for those learning, adding that it was dedicated to those who know how to drive but need to practice turnings.

The owner went on to describe those trying to get licences and operate driving schools are trying to do as “refugees”.

Another driving school operated told Sun that they have even given refunds to customers who wanted to learn but find it difficult to come to Hulhumale’ every time.

This person said that changing driving to Hulhumale’ causes a great loss to those learning and driving schools.

“Compared to before, there is a change in income. Refunds have been given when requested. That is not an issue of the customer. Neither is it ours.”

Some individuals who have been going to Hulhumale’ to learn to drive have spoken with Sun as well.

Those who spoke note that it is hard to depend on another person to take them to Hulhumale’. They also say that having to rely on someone else means on days the person is not available, it means they cannot attend practice.

Moreover, student drivers said that if they are not depending on someone else to drive, then the only other options are to pay the bus or taxi fares back and forth.

“Actually, it is not worth going by car, paying such a high fare. It is a big expense. Even if going by car or bus. Not only that, but it is also a time-consuming, difficult thing.”

Noting that some people have various things going on in their daily lives, people said for those who attend work by day, college in the evening, or those who have to leave behind their young children, it would be difficult to travel to and from Hulhumale’ every day.

Furthermore, some driving schools offer to pick up and drop off their students, which is an added portion to the fee.

Many who want to get a driver's licence have been forced to put it on hold due to this. Those who express concern over this urge to move at least the practice driving portion of it to Male’.

This newspaper was unable to gain the Ministry of Transport and Civil Aviation’s perspective on the matter as we were unable to contact.

Taxi rolls over in accident in Hulhumale’