'Dhivehi Fannaanunge Miuziky Eid' to be held in Addu City 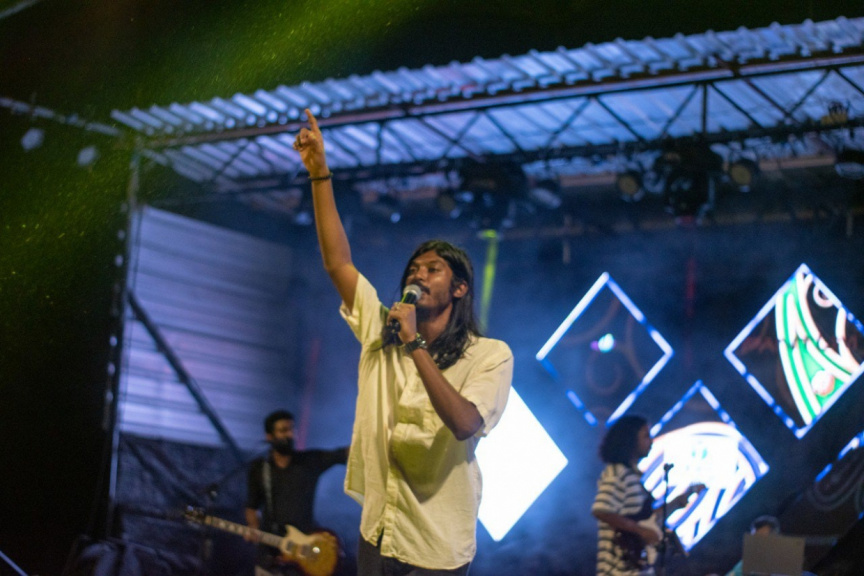 This marks the first time this show will be held outside of Male' City.

The show is a joint effort by Addu City Council and the National Center for the Arts (NCA) and will be held at the Addu stage area on July 27 and 28.

Speaking about the show with Sun, the deputy mayor of Addu Mohamed Shuaau said that decorations of the show area will begin on Sunday,

He also noted that taking a lesson from the recent Eid Show held in the city, they were considering placing more chairs in the area this time.

Moreover, he revealed that food trucks are to be placed and canteens would be permitted to operate at the venue.

"The stage was decorated for Eid. But further decorations for this show will begin tomorrow. [We] would like to note that in the last show the number of attendees increased and there were few chairs for seating. So this time if people are staying for longer, we indent to increase seating."

The Dhivehi Fannaanunge Miuziky Eid show is held annually in celebration of the Independence Day of Maldives. The show is a popular event where local artists get the chance to showcase their talents on a large platform.