Finance Minister: Maldives not at risk of default, but economic risks remain 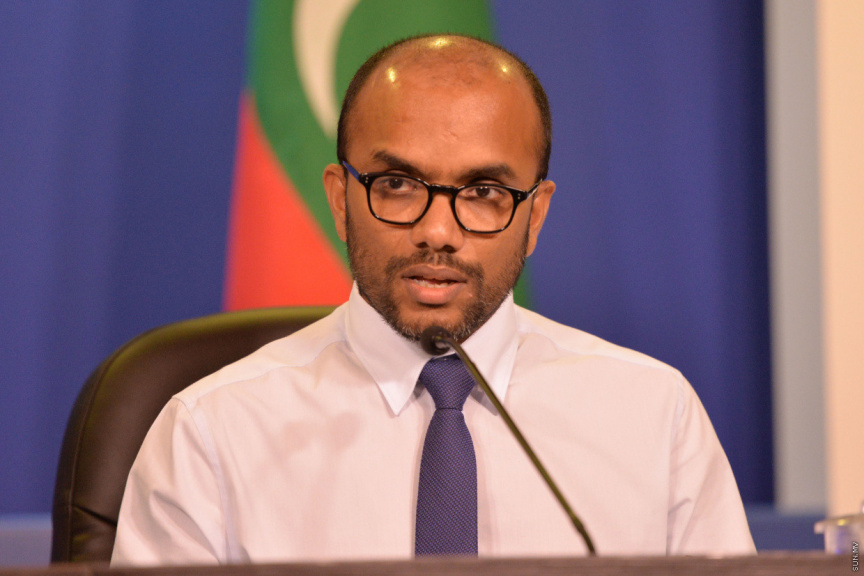 Finance Minister Ibrahim Ameer states that Maldives is not at risk of defaulting on its debts, but economic risks remain.

In a press conference on Wednesday, Ameer said Maldives is not facing any issues paying its debt, and is not at risk of default.

“Maldives does not have any risks in debt servicing. Our biggest risk is the USD 250 million bond that needs to be paid in June this year,” he said.

Ameer said Maldives has paid USD 192 million for the bond.

“Looking at the future, the biggest medium-term debt that needs to be repaid is in 2026. That is based on the debts we have taken on so far. Therefore, there’s no risk Maldives will not be able to service debt in the medium-term,” he said.

Ameer said Maldives was incurring debt in accordance with the budget. And that the Maldivian economy was rebounding with the revival of tourism sector.

Ameer said that the Maldives still faced major economic risks, and that stating otherwise would be irresponsible.

He said that the most pressing risk was the high subsidy for fuel and food commodities, but the government was managing the situation.

Ameer’s statements come after an analyst from American investment bank JP Morgan included Maldives in a list of countries expected to be most affected by the Russia-Ukraine war.

Ameer said that it was not the official stand of JP Morgan.

The analysist wrote in the report that countries were facing difficulties in securing loans due to high interest rates, and were facing fiscal issues, and foreign exchange issues.

The World Bank said that Maldives was expected to see strong economic growth in the medium-term, with real GDP expected to grow by 10.2 percent in 2023, but faced vulnerabilities due to its large imports of fossil fuels as share of GDP, a reduction in tourists from Russia and Ukraine, and a high debt burden.

Statistics released by the Finance Ministry show Maldives's total debt had been at MVR 94 billion at the end of last year – 122 percent of the GDP.

Investors would have hesitated if debt was restructured

'Reserves will be back to pre-Covid level by year-end'

'War problematic, but will not derail economy'

'Maldives amongst the fastest recovering post-pandemic'

'Inflation rate will be lower next year'