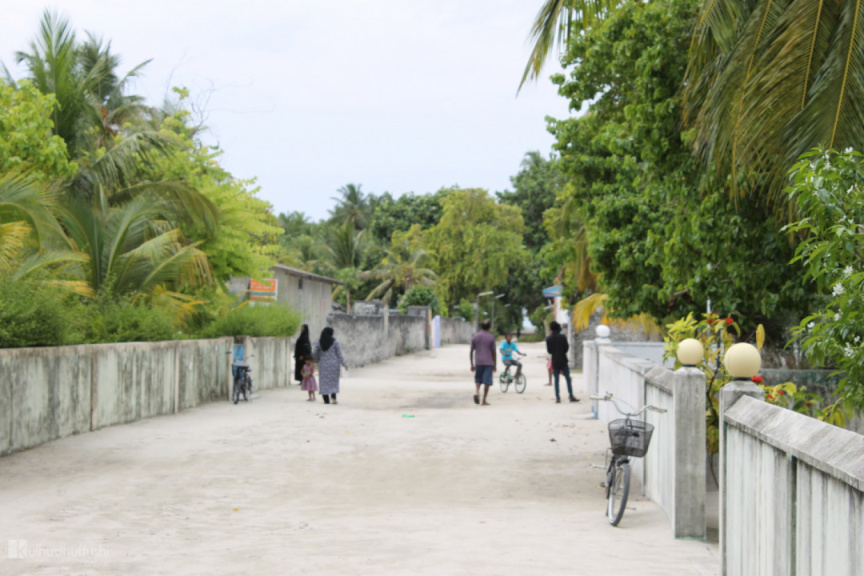 A man suspected of being under the influence of narcotics damaged the door of HDh. Kumundhoo Council headquarters on Tuesday evening.

Kumundhoo Council’s president Ameen Mohamed told Sun on Wednesday that he does not believe it was deliberate.

He said that the man looked to have been under the influence of narcotics, and not in full control of his actions.

Ameen said he saw no reason why the man would deliberately damage the council.

“The man came and kicked the door, destroying the lock. It looks like he was under the influence. We reported it to the Kulhudhuffushi Police Station, and handed him over to the police,” he said.

Ameen said that the man had remained outside the council headquarters until the police arrived.

“I wasn’t there at that time. But he reportedly told the councilors there that he came to meet them,” he said.

A council admin worker had been there when the incident took place.

“We expect there would have been further damage if the employee hadn’t been there,” he said.

A police spokesperson said a 34-year-old Maldivian male had been arrested in connection to the case. He was remanded in custody of the police for 15 days.

Ameen said the incident highlighted the need for a police post on the island.

He said that though the police told the council a post would be opened on the island this year, no work had been initiated yet.

'I value contribution of Bangladeshi workforce'