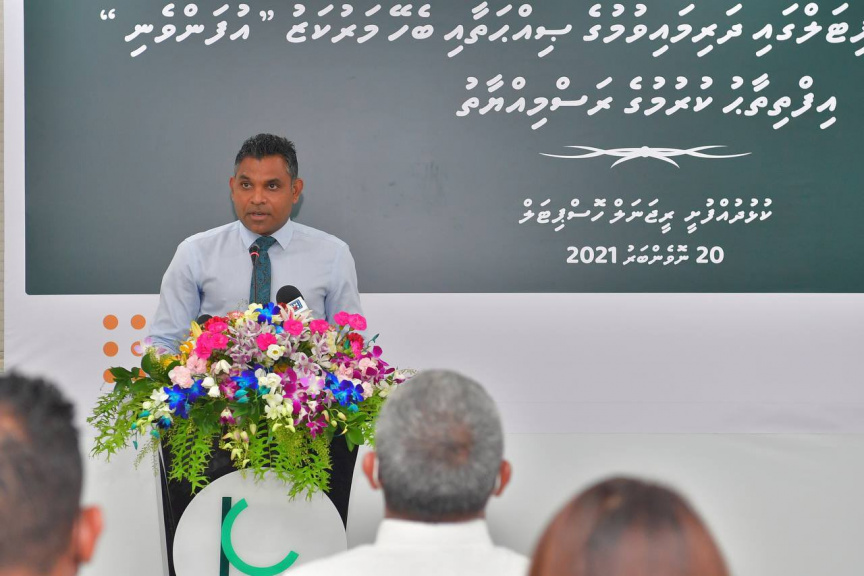 Vice President Faisal Naseem states that the people have full faith in the services provided by Kulhudhuffushi Regional Hospital.

He made the statement on Saturday evening, at the official inauguration of the ‘Ufanveni Sihhathu’ - a center for reproductive health - established at Kulhudhuffushi Regional Hospital with assistance from the United Nations Population Fund (UNFPA).

Speaking at the ceremony, Faisal said that the advancement of the health sector was a top priority of the current administration.

He highlighted on the numerous initiatives undertaken by the government during the past three years to develop the Kulhudhuffushi Regional Hospital.

He said that the services established within the past three years had been long overdue, and urged healthcare staff to treat patients with respect and compassion.

The reproductive care facility established in Kulhudhuffushi Regional Hospital is the first of its kind to be established outside of the greater Male’ region. The center offers a wide range of reproductive health services.

Following the inauguration, Faisal took a tour of the center and the rest of the hospital, and met with the staff.

Faisal travelled to Kulhudhuffushi City as part of a two-day visit to islands in HA. Atoll and HDh. Atoll. He concluded his visit and returned to Male’ City on Saturday evening.