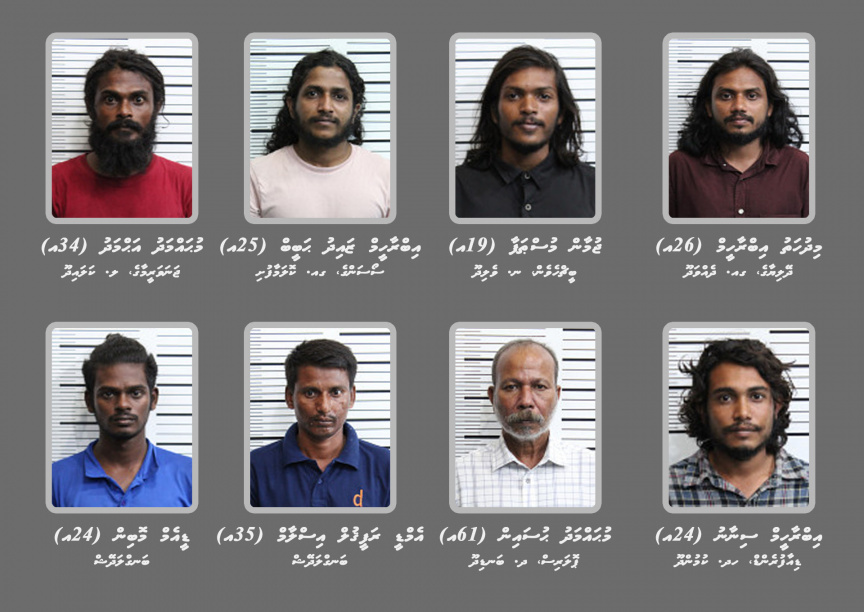 Criminal Court has now release of half of the suspects arrested by police in a counter-narcotics operation early October which saw the seizure of over 100 kilograms of heroin – including the two suspects police believe to be the ringleaders.

When presented before the Criminal Court for their first remand hearing, the court released the two suspects police believe to be ringleaders of the drug trafficking operation.

The Prosecutor General’s Office decided against appealing their release with the High Court, stating that they don’t have the opportunity to submit new evidence in the appeal process, and do not believe appealing the decision based the evidence already submitted will produce a different outcome.

The police have not disclosed the identities of the two suspects in question.

The court remanded the remaining eight suspects in custody of the police. They are:

The first of the eight remaining suspects to be released was Midhuhath. He was granted unconditional release on October 26.

His release followed the release of Zaid and Sinan on October 28.

Only five of the 10 suspects originally arrested in the case remain in custody; Mohamed Hussain, Mohamed Ahmed, Juman Mustafa, Rafeegul Islam, and Mobin.

Prosecutor General’s Office spokesperson, Public Prosecutor Ahmed Shafeeu told Sun the office has yet to make a decision regarding appealing the release of the Midhuhath, Zaid or Sinan.

Shafeeu said the police have not asked for the Prosecutor General’s Office to appeal their release either.

Police searched multiple uninhabited islands, locations in Male’ City and Hulhumale’, and a liveaboard vessel and a speedboat in the operation. The drugs were found hidden in Bodukaashihura, an uninhabited island located in ADh. Atoll.