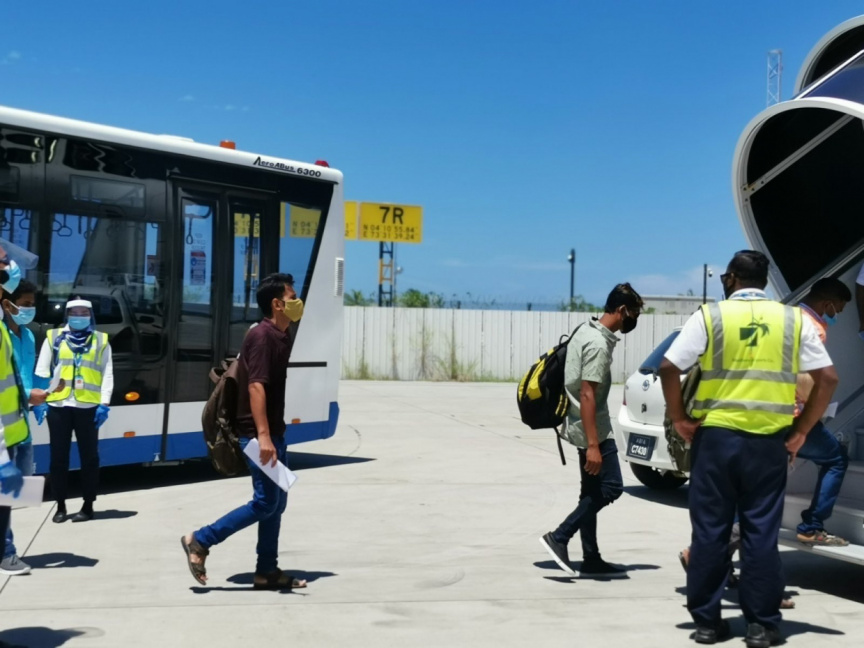 Bangladeshi nationals boarding a flight of Maldivian to return back home on October 7, 2020. (Photo/Maldivian)

They are part of repatriation efforts in collaboration with Maldivian and Bangladeshi authorities. Some 5,000 Bangladeshi nationals have been repatriated so far. They include expatriates lacking proper documents.

Economic Minister Fayyaz Ismail has previously stated that there was a number of Bangladeshi workers in the Maldives who wished to return home.

The government was targeting to repatriate 20,000 such migrants by the end of 2020.

“That is the target, we are working hard to reach that target.” Said Minister Fayyaz.

The government estimates that there are around 63,000 undocumented migrants in the Maldives.

'In talks to form JV to run Maldivian'

'Pilots have ended the strike, returned to work'

Maldives' debt to India at a staggering MVR 25 billion