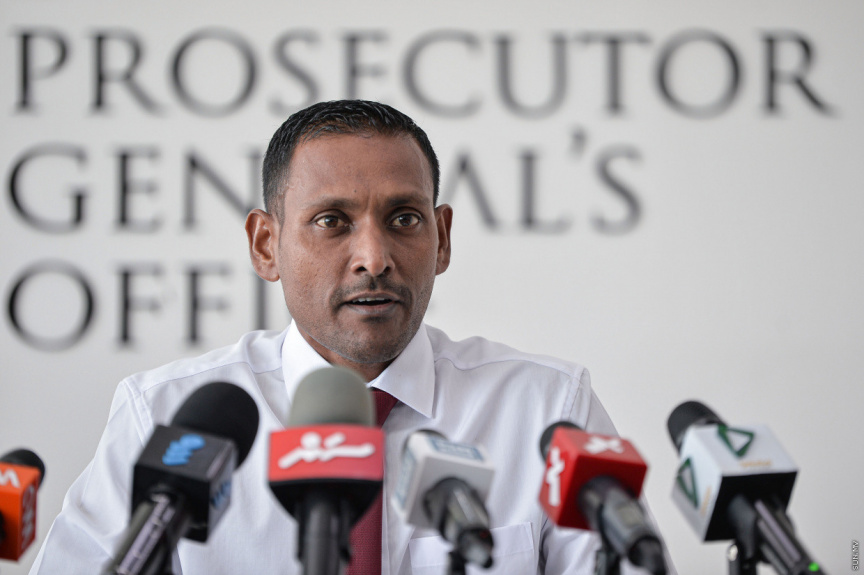 The newly enacted Evidence Act will provide the right to a fair trial to its fullest, states Prosecutor General Hussain Shameem.

He made the remark in an appearance on PSM’s Raajje Miadhu show.

During the interview, Shameem said the Evidence Act perfects the court system and will expedite trials.

Shameem said that the justice system, equipped with laws on the court procedures and modern laws that codify crimes, had been in desperate need of such a law.

He said that the Evidence Act offers a solution to many of the issues currently faced during trial.

“In a recent homicide case, blood splattered from the body of the victim. An eye witness gave their testimony to investigators that they saw what happened. But when the case reached trial, the witness couldn’t recollect any of it. The witness’s statement lacked any legal weight based on the previous law. And we couldn’t force them to appear before the court. But we can get it done now,” he said.

Shameem said that in Islamic Sharia, witness testimony is mandatory and not a choice. He said the Evidence Act supports that, and affects important changes to the entire system.

Convictions for criminal offenses require a higher standard of proof than other cases, meaning proof beyond reasonable doubt.

Shameem said that different standards of proof required by different courts had been a challenge to the proper functioning of the system. He said that the Evidence Act establishes detailed procedures on how to treat evidence, which will promote positive changes within the system.

Motion against PG Shameem to be submitted next week