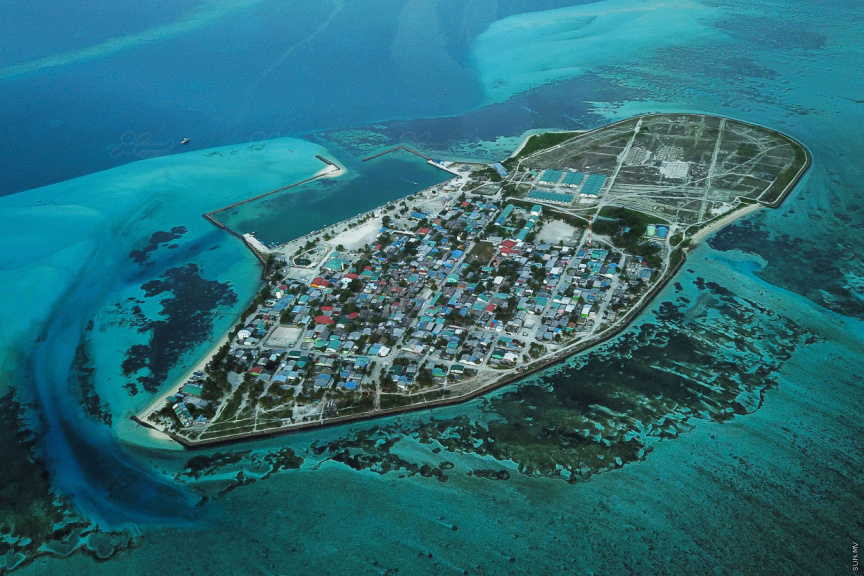 The 100 units being built in B. Thulhaadhoo under a social housing scheme is not enough for the island, states the local council.

Thulhaadhoo Council’s president Ibrahim Adeel told Sun on Tuesday that the island has a population of 3,072, and that 100 housing units are therefore insufficient to meet the island’s housing needs.

“100 units are better than nothing. But 100 housing units are not enough. More people request land,” he said.

Adeel said he believes the government must conduct a survey to properly identify the island’s housing needs before conducting the project.

The MVR 79.6 million project to build 100 housing units in Thulhaadhoo, which faces a severe housing crisis, was contracted to a joint venture between Precision Engineering Services and Flexinc Pvt Ltd on  July 10, 2019.

The units have three bedrooms, three bathrooms, a sitting room, kitchen, store room and laundry, and are being built on a 1,100 square foot space.

The contractor had been required to complete the project in 363 days, but had suffered setbacks.

Thulhaadhoo Council states that based on the progress of the project, they expect the units to be complete before the end of this year.

The contractor is currently engaged in painting the walls and tiling the floors.

The council believes that though 100 units isn’t enough to meet the island’s housing needs, it will provide a measure of relief to the housing crisis.

'Thulhaadhoo airport will be operational this year'