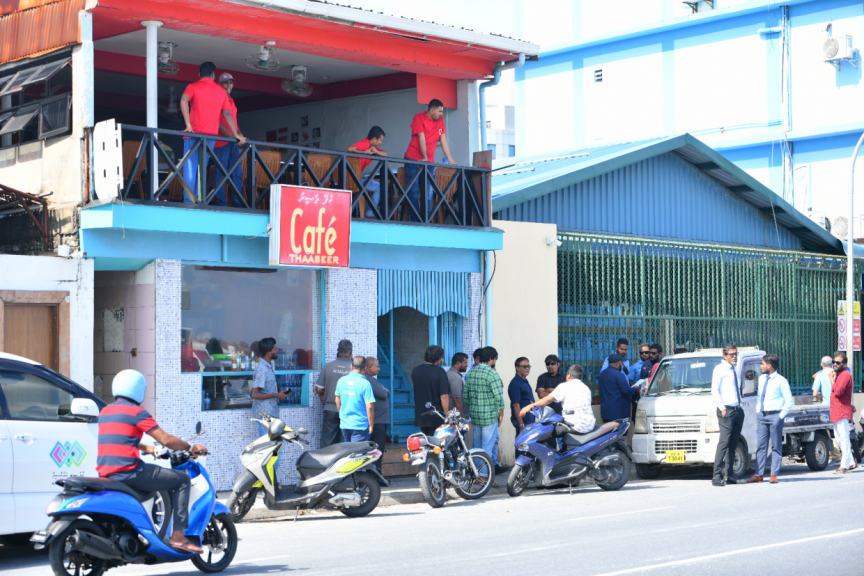 Male’ City Mayor Dr. Mohamed Muizzu, on Tuesday, revealed that ‘Café Thaaseer’, in operation next to Villa Gas building in Boduthakurufaanu Magu, has been asked to vacate the premise as a precautionary measure over risk of the breakout of a devastating fire.

The land plot where Café Thaaseer is presently in operation has been allocated for the construction of a pay toilet. Male’ City Council has had previous attempts to vacate the premise as well.

Speaking to Sun, Mayor Dr. Muizzu said that Café Thaaseer was asked to vacate the premise as a precautionary measure following the several major fires in Male’ City.

“Next to this café is Villa Gas and Maldives Gas. There are petrol sheds that are not too further away. Things happen without warning. If a fire breaks out here, it would be of an unimaginable scale,” he said.

A fire broke out at Evening Café’s kitchen located in Orchid Magu recently, while another fire in a secondhand market, Neelan Fihaara, completely burned down an adjoining accommodation block of Male’ City Council staff.

Mayor Muizzu said that the Neelan Fihaara fire saw explosions of gas cylinders – which prompted the decision regarding Café Thaaseer.

In this regard, Male’ City Council reports they are ready to take all action to implement their decision.

The owners of Café Thaaseer appealed the decision to High Court following which the case is presently proceeding.

City Council set to roll out penalties for littering

Road monitors to be introduced in Male'