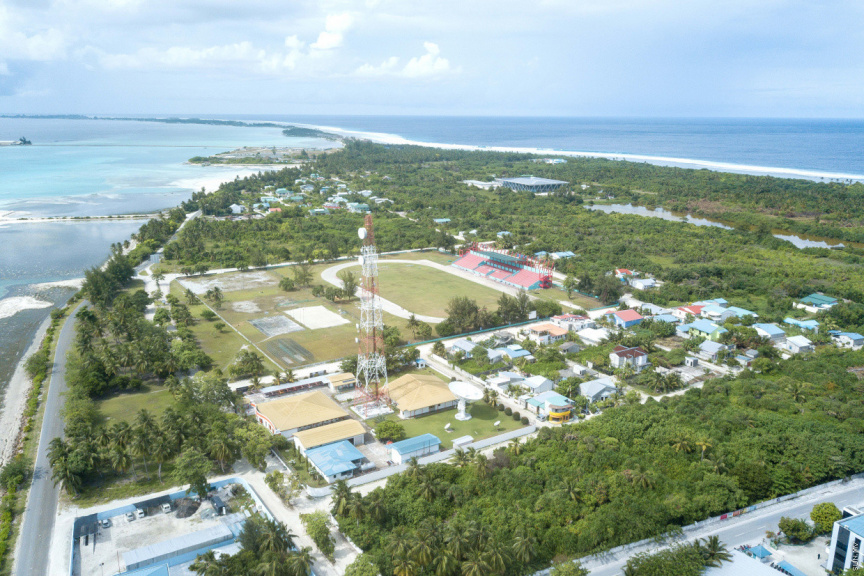 A drone shot of Addu city Hithadhoo in the south of Maldives. (Sun Photo/Fayaz Moosa)

Application for the 500 land plots to be issued from Addu City has now been opened.

After a lengthy hiatus to issuing land, the Addu City council last week announced its decision to issue land plots. About 1000 plots are to be given this time around.

The council made three separate announcements regarding application for land plots from Hulhudhoo, Meedhoo and Feydhoo.

Application forms will be accepted by respective district offices, starting February 2nd, till 16th on all working days from 0900hrs to 1300hrs.

Speaking with Sun last week regarding this, Mayor of Addu City Ali Nizar said that   they were working  to give either 300 or 400 plots Hithadhoo, and added that it was not yet finalized.

Despite the atoll facing housing issues, a long time has passed without giving out any land. Land was last given from Hithadhoo in 2002. Meanwhile it has been 15 years without issuing land from Hulhudhoo and Meedhoo, and 25 years for Feydhoo.

Additionally Nizar had said that although this will not provide a complete solution, he hopes that those most in need of land will be able to get this time around.

“About a 1000 plots are being given at once from Addu. That will be a huge ease (to the housing situation).”

'Addu residents must elect Pres. Solih for a 2nd term'

Fire breaks out in Addu