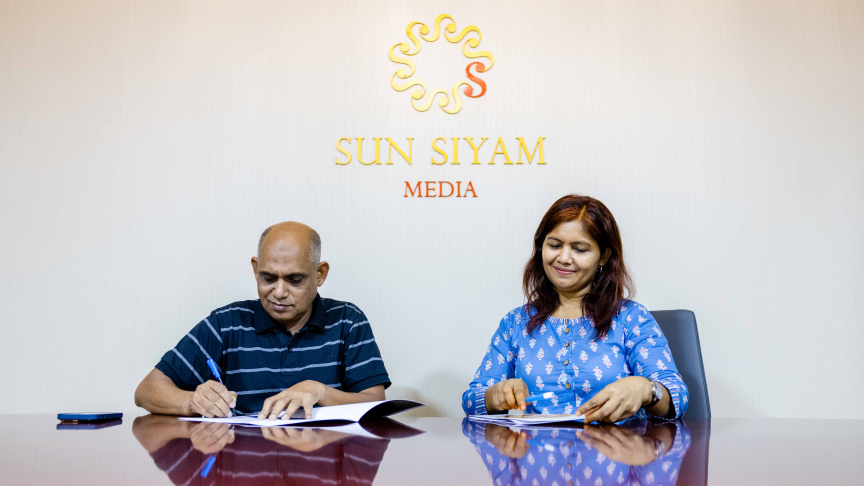 ‘Suhanaage Badhige’ (Suhaana’s Kitchen) is a prominent local brand. A well-received television program. After two exciting seasons, viewers from now onwards will be able to watch ‘Suhaanage Badhige’ from SSTV, operated by Sun Siyam Media. The media group has executed agreements accordingly with all partners of the program for the purpose.

The title sponsor of ‘Suhaanaage Badhige’ this time around is Pyramid – with Sun Siyam Media serving as the media partner.

Mariyam Suhana, the presenter of ‘Suhanaage Badhige’ told Sun that this year’s program would differ from previous years, however, with more hype.

On this note, Suhana said this year’s program would not just be limited to a television show. In this regard, the 43 television episodes will also be released on social media – to be available on Suhana’s Facebook, Instagram, Twitter and Youtube channel, Kaafu Live.

The episodes of this year’s program will air from January 26th through the end of Ramadan.

Suhana also underscored that efforts were underway to collaborate with locals from islands for cooking sessions for Ramadan as part of the program.

She is scheduled to travel to four Maldivian regions for these sessions; Utheemu and Maarandhoo from Haa Alifu Atoll, Addu City and Burunee from Thaa Atoll.

The program is being carried out in partnership with the local councils of the respective islands. Suhana said that residents of neighboring islands will also partake in the program. She noted that residents across many islands were expressing interest in partaking in the show.

A special ceremony was held at Dhonmaniku Sky View regarding the program on Saturday – where children who feature in the kids’ segment of ‘Suhaanaage Badhige’ was chosen.

‘Suhaanaage Badhige’ was a program that was launched in 2021. Over the course of more than a year, the program has gained popularity amongst the public and is extremely well received. Suhana assures this year’s program would also to be viewer’s liking.

Draw taken among correct guessers of matches on 27th