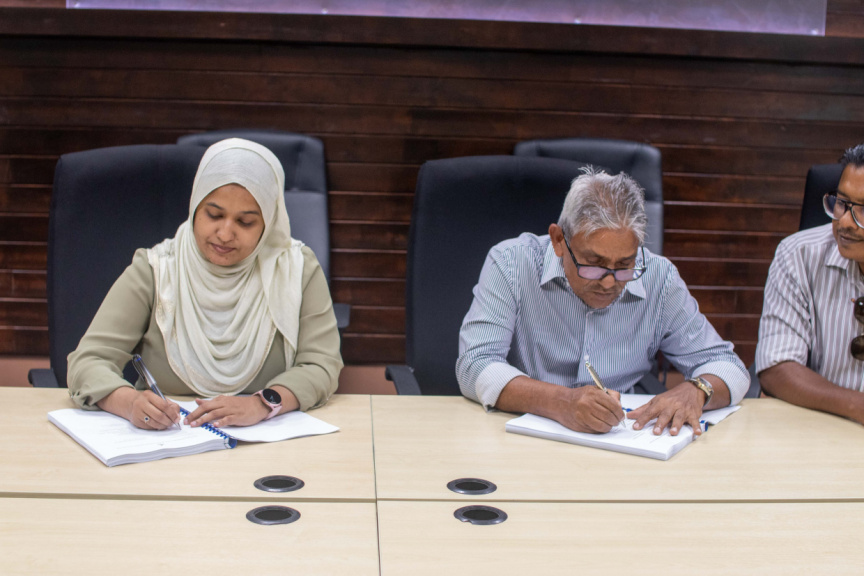 Planning Ministry executed a financing agreement with Muni Enterprises Private Limited on Wednesday, which will part-finance the development of six airports planned at atolls.

The government plans to develop airports at Sh. Bilehfehi, B. Thulhaadhoo, Th. Vilufushi, F. Magoodhoo, HDh. Makunudhoo and an undisclosed island in the south of Raa Atoll.

Planning Ministry also executed a financing agreement with Dhekunu Dhuni Investment Private Limited to secure funds for the development of these airports. Whilst another financing agreement has been executed – the government has yet to announce which islands will be allotted for these two companies.

The government has estimated the value of the airports to be developed.

MNDF permits use of new scan machines at 4 airports