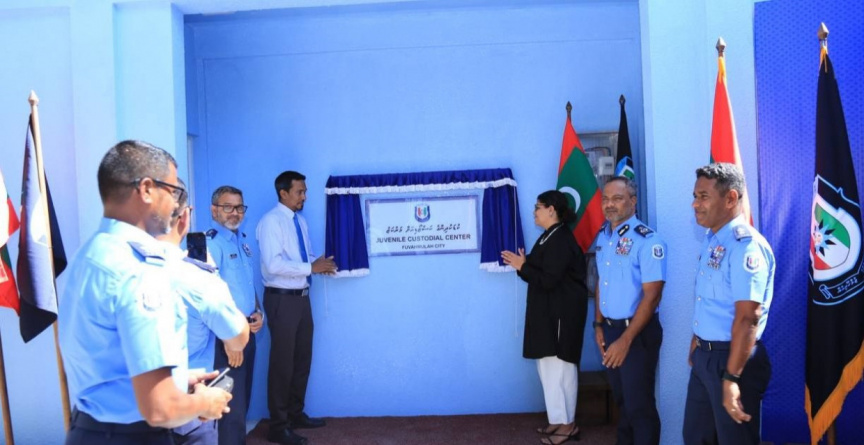 A Juvenile Custodial Center – the first such facility developed under the Juvenile Justice Act - has opened in Fuvahmulah City.

According to the police, the center has an indoor and outdoor sports arena, a library, a classroom, and a computer lab.

Speaking at the opening of the center, DCP Mannan noted that things had been different 28 years back, with both juvenile and adult offenders treated the same.

This center was opened based on the lessons learnt back then, he said.

Mannan said that under the current justice system, juveniles who reoffend are reprimanded and their parents are instructed on what to do next.

There weren’t any people to do this back then, he said.

“Through the efforts undertaken by the police to reduce crimes committed by juveniles, we hope to see children move away from crime and become productive members of society,” he said.