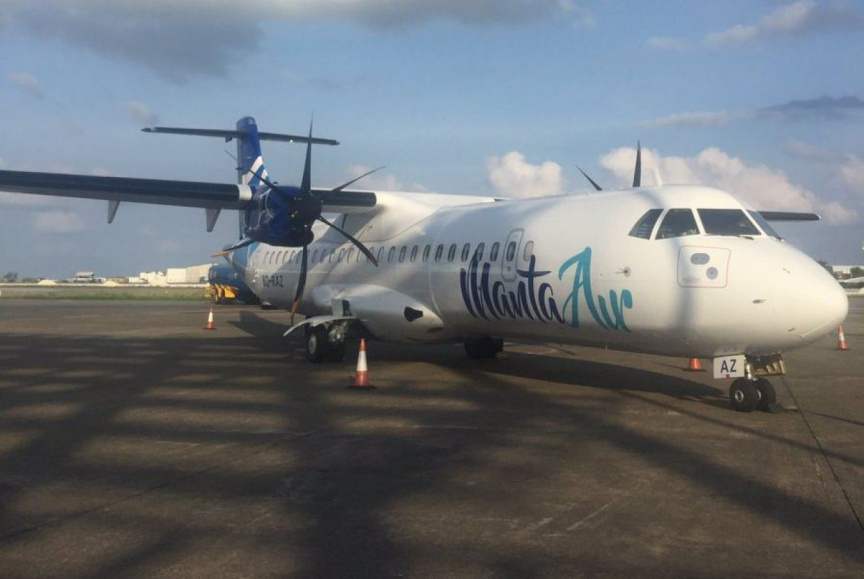 Dh. Kudahuvadhoo Council, on Monday, has stated that they believe Manta Air is compliant with promise made to provide major easements to regulations on transportation of sick patients from the island.

Residents of the island commenced a protest on Monday night last week over delays in transporting a youth to Male’ City for further medical treatment after suffering a heart attack.

The protestors had barricaded the airport on the island – prompting its operations to be halted for hours. During the protest – some protestors clashed with the police leading to their arrests.

To ease the tension at the island – senior officials from Manta met with Kudahuvadhoo Council and residents during which they agreed to provide major easements to regulations on transportation of sick patients from the island. This ceased the protests.

During the meeting which lasted for over three hours – Manta promised to transport sick patients on seaplane during emergency situations if it is before 6:00pm in the evening. If it is later than 6:00pm, Manta has agreed to collaborate with Maldivian for transportation of the sick patient.

Kudahuvadhoo Council President Ibrahim Fikury, on Monday, told Sun that he believes Manta is complaint with the agreement terms.

“There was a need to transport a child to Male’ City on the night of sixth. Manta was ready to facilitate the transportation of the child as early as possible,” he added.

Fikury said that government’s arrangements for transportation of sick patients poses many difficulties.

In this regard, he stressed difficulties in getting Aasandha – as an agreement between Aasandha and Manta needs yet to be executed.

Seventeen people arrested over the protests last week which spanned for a little over two days. From the 17 people – 14 were granted conditional release by the Kudahuvadhoo Magistrate Court. The remaining three were released by the police.

50 housing units to be developed in Kudahuvadhoo

All arrested over Kudahuvadhoo protests released

'Unable to transport patients despite airport'

'No efforts to fulfill pledges made to constituency'