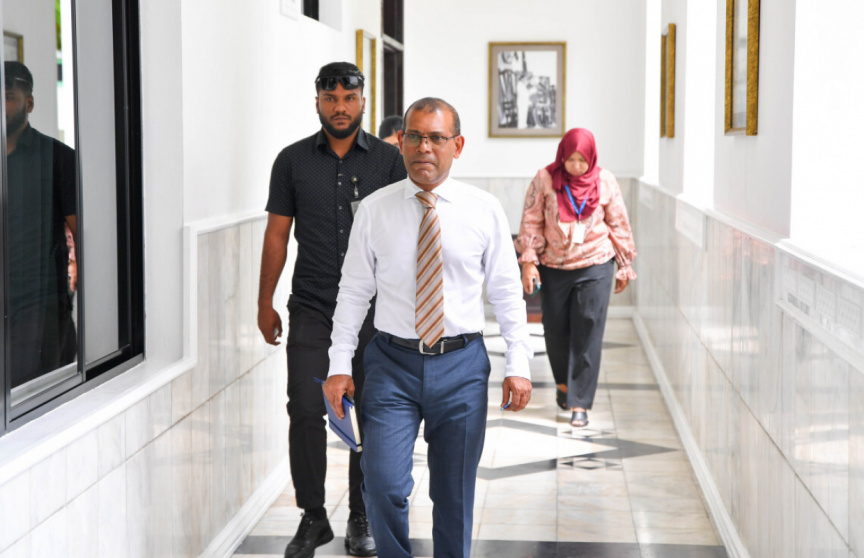 Parliament speaker, former president Mohamed Nasheed has reportedly been robbed while having lunch in a restaurant in the UK.

According to deputy speaker Eva Abdulla, Nasheed had been having lunch with his family on Wednesday when someone came and snatched his phone.