Minister Aslam: ‘Vinares’ flats will be handed over to HDC in July 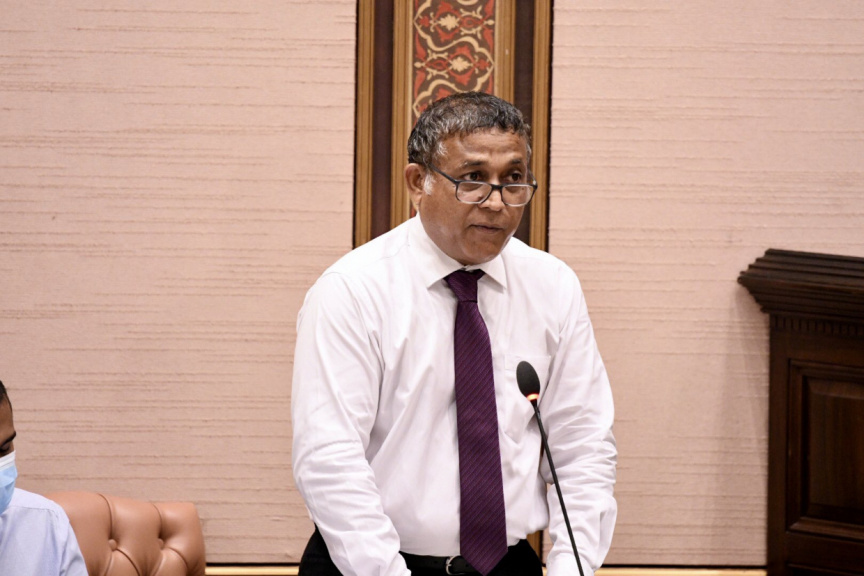 Minister of Housing and Urban Development Mohamed Aslam revealed that the contractor for Vinares flats, China Machinery Engineering Corporation (CMEC) has given assurance that the flats will be finished and handed over to Hulhumale Development Corporation (HDC) within July.

Speaking in response to a question by the Parliamentarian for Ihavandhoo constituency Mohamed Shifaau, Minister Aslam said that Vinares flats will become the latest in Hulhuamel for people to move in and start living in.

Additionally, he noted that the larger portion of these flats will go to residents of Male' City and that there were chances for people from other islands who have been living in Male’ for the long term to get flats from there.

“[I] want to be very clear that a large percentage of the [Vinares] flats will be received by residents of Male’. Some portion will go to people from other islands.”

Vinares flats comprise 10 towers, with 13 floors each; a total of 1,344 apartments that will have three rooms, three toilets, and a balcony.

Those with income below MVR 61,000 eligible for Vinares