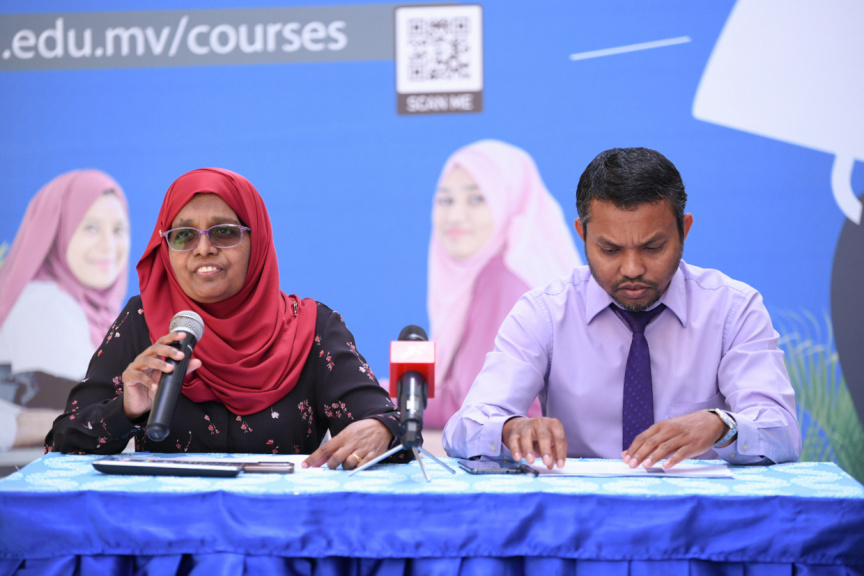 MNU states that 5,615 spots are available from 89 different courses in the August term.

The courses are certificate level III to Master’s Degree courses from all MNU faculties, except for the School of Medicine.

MNU states that while spots will be granted base on first come first served basis, spots for courses such as nursing will be offered on merit basis.

The university is offering two new courses in the upcoming semester; occupational health and safety, and post-graduate diploma in higher education.

While MNU had previously planned on offering post-graduate diploma in higher education only for the university’s own staff, it later decided to open applications for other students as well. The course is for people who work in higher education who lack teaching backgrounds.

MNU is offering the courses both in Male’, and in campuses in other islands.

Applications can be submitted from May 29-July 28.

The second term will begin on August 14.

Application forms can be submitted in-person or online.

MNU to hold job festival on May 31