Police confiscate ‘India Out’ t-shirts in PPM office in Velidhoo 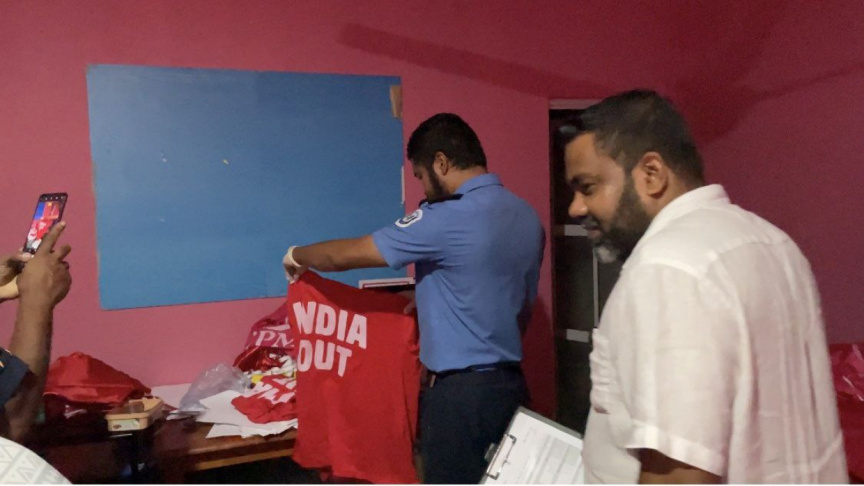 Police confiscate ‘India Out’ banners and t-shirts at the PPM office in N. Velidhoo on May 13, 2022.

Police have confiscated banners and t-shirts linked to the ‘India Out’ movement kept at the PPM office in N. Velidhoo.

Faaig said the police raided the office after the party refused orders by the police on Thursday to remove the items.

“Police told us to remove all ‘India Out’ stuff. But we told them we would not. They came with a court order and confiscated the items,” he said.

‘India Out’ is a political campaign led by the opposition to protest against Indian military presence in Maldives.

President Ibrahim Mohamed Solih issued a decree banning the ‘India Out’ movement on April 21, deeming it a threat to national security.

Mother under investigation for child abuse in Velidhoo