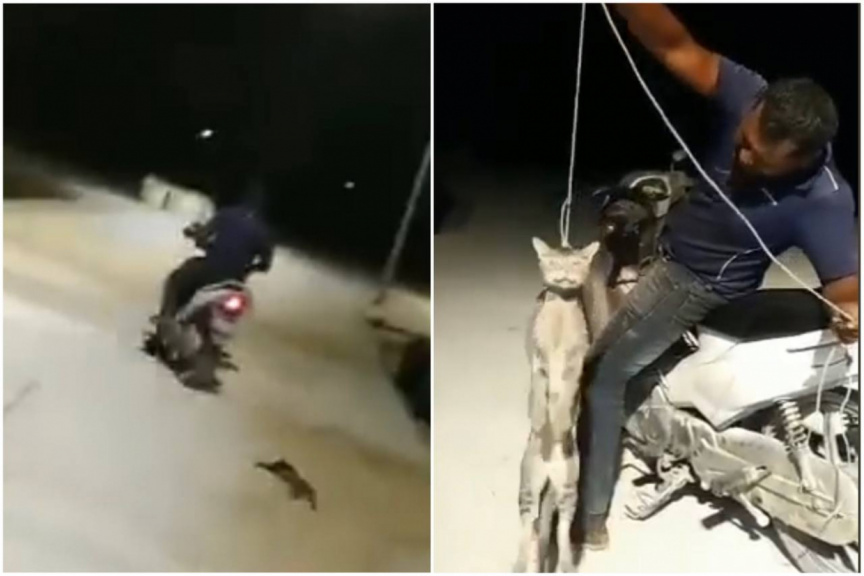 Screenshot of viral video showing a cat being strangled to death with a rope and being dragged on the road afterward.

A video has gone viral which shows a cat being strangled to death by tying a rope around its neck, that is later used to drag the dead cat on the road.

Many have expressed anger over the video. They have also raised concern over the lack of action by relevant authorities over an act of animal torture.

As per Section 625 of the Maldivian Penal Code, a person commits an offense if he or she cruelly mistreats an animal or neglects an animal in custody.

The offense dictates a jail sentence of one month and six days.

Over 500 illegally imported birds being put down by Fisheries Ministry had recently triggered outrage as well.

Six arrested with contraband to be smuggled into jail

'Dollars sent abroad to buy goods, but they won't come'

'15 in Ukraine can be brought to Maldives in 2 days'