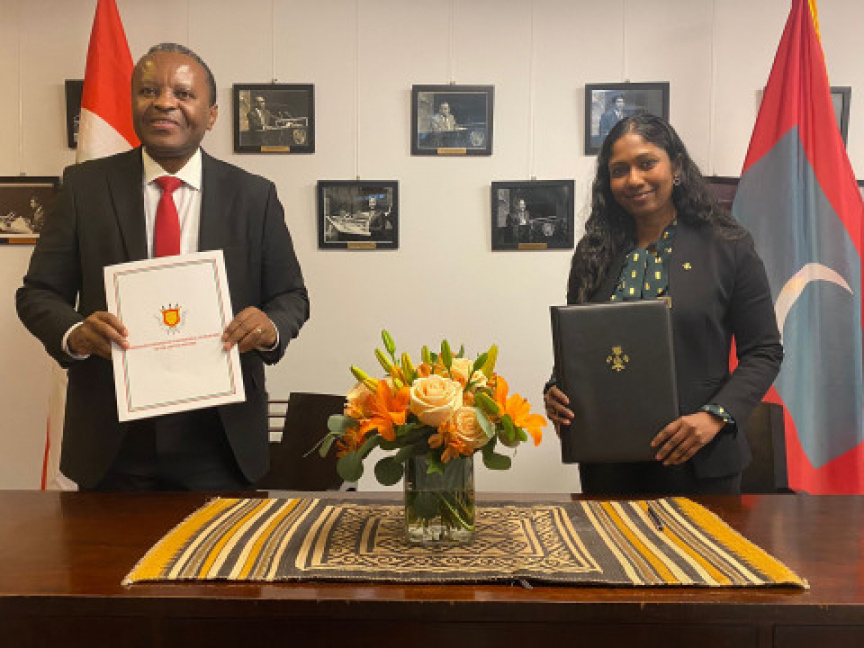 Maldives, on Thursday, has formally established diplomatic relations with Burundi.

Burundi is a landlocked country situated in Africa, with a population of approximately 11.89 million. The country gained independence in 1962. Its economy is mainly reliant on agriculture.

Cultivating meaningful partnerships with friendly countries, based on mutual respect, is a key priority of the foreign policy of President Ibrahim Mohamed Solih.

As comparatively small nations in the international arena, the establishment of diplomatic relations between the Maldives and Burundi paves the way for the two to cooperate further to achieve common goals in areas of shared interest.

Asia’s Diplomat of the Year award to Dr Farah Faizal

Turkey, Armenia agree to go ahead with mending fences