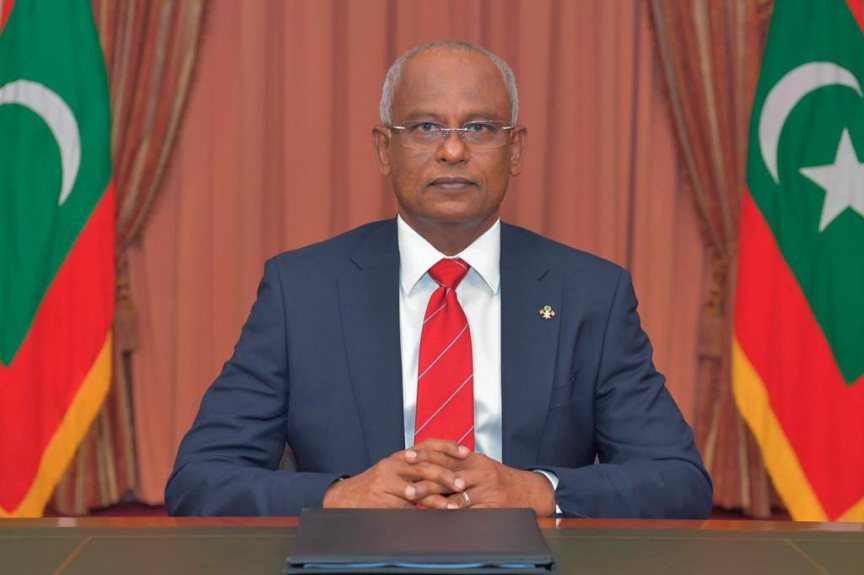 President Ibrahim Mohamed Solih, in a message to the nation on Saturday morning on occasion of the New Year 2022, called for unified engagement in the country’s development efforts.

In his message, President Solih said that the younger men and women engage in the country’s development efforts, the faster Maldives reaches its goals.

He described the past year as one that brought the country hope in overcoming the challenges of the COVID-19 pandemic and expressed his gratitude for the patience and solidarity displayed by the people in complying with the measures taken by the government to combat the pandemic.

Highlighting the progress made in those efforts, President Solih urged concerted efforts and vigilance towards maintaining the measures to stop the spread of COVID-19.

He called on the country to stand steadfast with the government’s national resilience and recovery plans.

“As we welcome a new year, it’s the hope of each individual citizen to recover from the economic repercussions of the COVID-19 pandemic as soon as possible, as face a future of greater prosperity and happiness. This is also the collective goal of the entire Maldivian community,” he said.

President Solih also highlighted on the government’s efforts to ensure fundamental public services for the entire nation and expressed his confidence in completing a number of essential infrastructure development projects this year.

He said the new year would bring ease and prosperity with the completion of numerous ongoing developmental projects and the inception of many more new projects.

“Given that true development means ensuring people have access to fundamental public services, the new year will be one in which the Maldivian people will experience the pleasure of development to levels never seen before,” he said.

Concluding his message, President Solih called on the Maldivian people to maintain national unity and harmony, without which he said the full potential and benefits of the administration’s developmental plans would not be realized.

'So much owed to teachers’ selfless hard work'

"Islands leased for tourism not developing an obstacle"

President: All islands will reap benefits of tourism

President: Success of reforms can be measured by peace