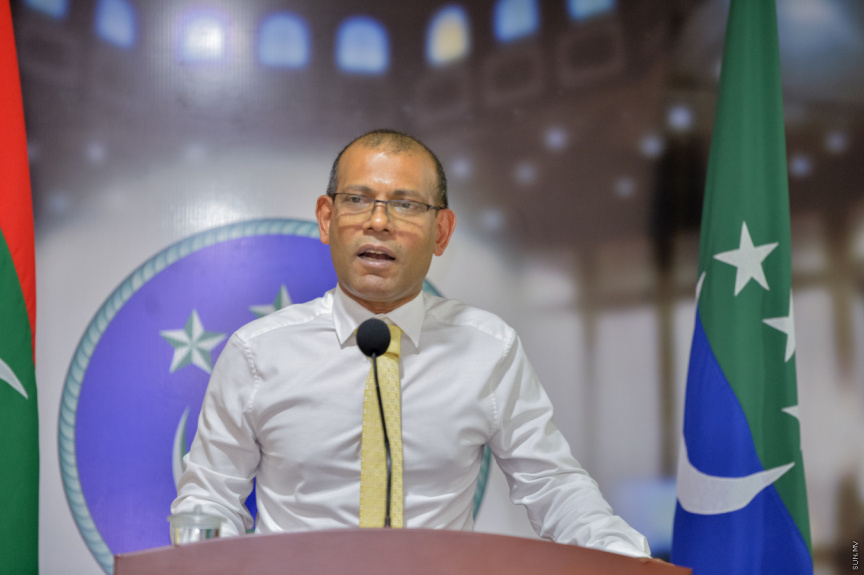 Parliament Speaker Mohamed Nasheed has provided a statement for the investigation of the IED attack targeting him on May 6, in an attempt to assassinate him.

Although Police had tried to obtain a statement from Nasheed prior to this – he had been unable to been unable to in light of his health condition, as well as for having been abroad for treatment.

A homemade remote-controlled IED was strapped to a motorcycle parked nearby Nasheed’s residence, and was detonated at 08:27 pm on May 6, just as Nasheed, 54, exited his residence and went to get in his car. Nasheed was thrown to the ground and sustained multiple shrapnel wounds, while three members of his security detail and two bystanders sustained minor wounds.

He was airlifted to a military hospital in Germany on May 13, and traveled to the UK in July for further treatment.

He returned to Maldives after spending four months abroad on October 11.

Adhuham, whom the police suspects to have detonated the IED, signed a plea deal with the State and pled guilty to all charges at court.

Court has granted the lawyers of Mujaz, Thahmeen and Is’haq additional time to review the documents and videos submitted as evidence by the State – before responding to the charges.

'Will do whatever it takes to keep MDP in power'

'Nasheed’s instructions will be ingrained in hearts'

'People do not wish for govt. other than MDP to exist'