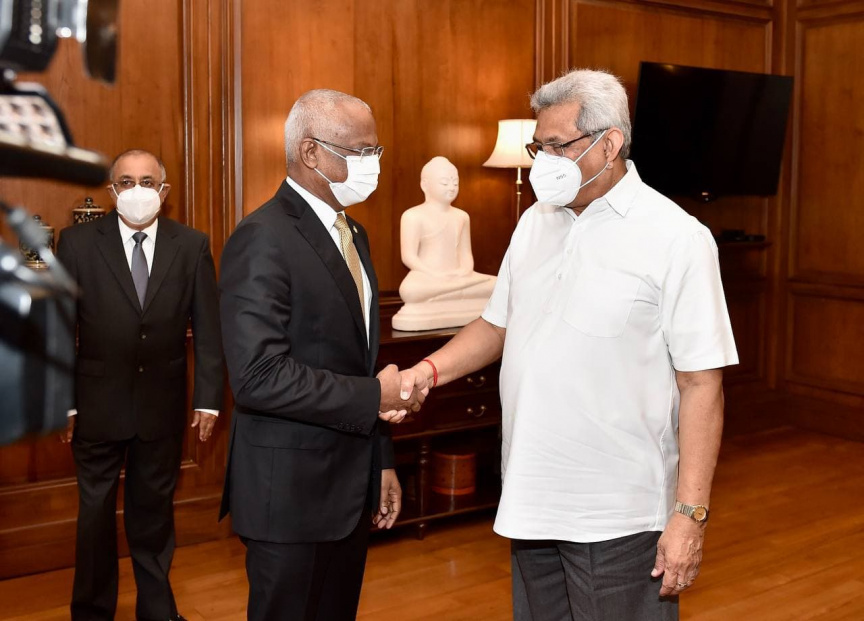 At the meeting, the two leaders engaged in extensive discussion on a wide array of subjects of mutual interest.

They also reaffirmed their shared commitment to strengthen Maldives-Sri Lanka cooperation in the coming years.

Prior to the luncheon, President Solih conversed with Prime Minister Rajapaksa on topics of mutual interest.

The opening ceremony was scheduled for Monday, but was postponed to Tuesday due to the current spell of bad weather affecting Sri Lanka.

The Four Nations Cup is the first tournament in the FIFA calendar to be held in Sri Lanka. The final match is scheduled for November 19, and will be attended by FIFA President Gianni Infantino.

Local families in Lanka relocate to home over inflation

Sri Lankan airlines to resume operations to Gan in Dec.