One injured in gas cylinder explosion at Male’ home 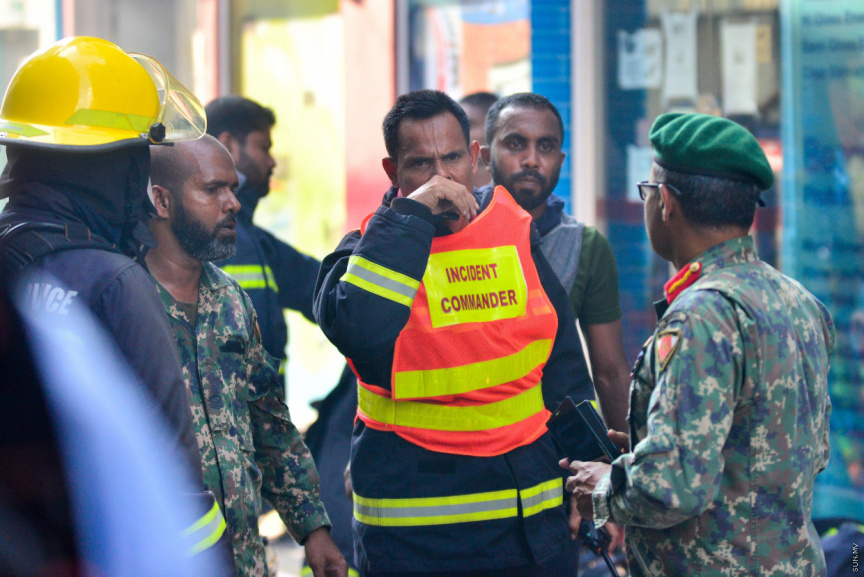 MNDF officers operate outside M. Sithaara in Male' City after a fire broke out on March 6, 2018. (Sun Photo/Mohamed Afrah)

Maldives National Defense Force (MNDF) has stated that an individual has been taken to hospital for treatment after being injured in a gas cylinder explosion at Male’ City home.

MNDF said that they were informed of the incident at around 15:21 this afternoon. They further detailed that the gas cylinder had exploded on the first floor of M. Olhuhaa.

Subsequent to the incident being reported – MNDF’s Fire and Rescue team were immediately dispatched to the scene. They were able to control the fire which broke out at the house as a result of the explosion shortly after their arrival.

Witnesses report that although flames were not visible from outside of the building – there was a lot of smoke coming out.

Two injured in fire extinguisher explosion at a godown

2 sustain burns in explosion onboard boat in Hulhumale'