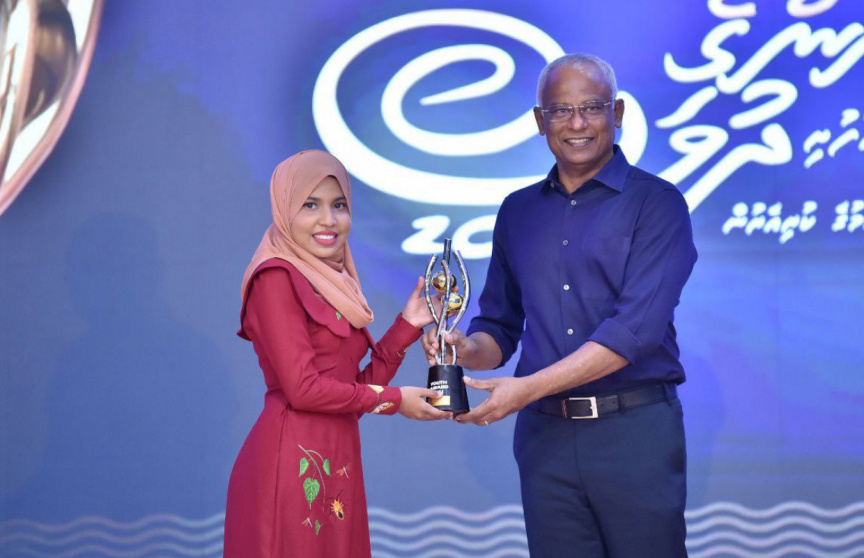 This year’s Youth Award has been conferred to 10 individuals.

The 10 individuals were presented with their award by President Ibrahim Mohamed Solih in the official ceremony to mark Youth Day in Kulhudhuffushi City on Saturday night.

In his speech after the presentation of the awards, President Solih said that his administration was engaged in multiple initiatives to empower youth, one of which is the apprentice program launched this year to train and prepare youth for the labor market.

He said that there are currently 19 youth undergoing training with two companies under the program, and that the administration is engaged in discussions with more companies to introduce scholarships for youth.

“There is also an ongoing program to foster the spirit of initiative and leadership in issues of national interest. Total 105 volunteers have enrolled in the national volunteers' program launched this year. 40 of them have completed training and are now engaged in national affairs. Some volunteers have also provided important service to Covid facilities,” he said.

President Solih urges all citizens to get booster shot

Parliament consideration to be sought to join OACPS