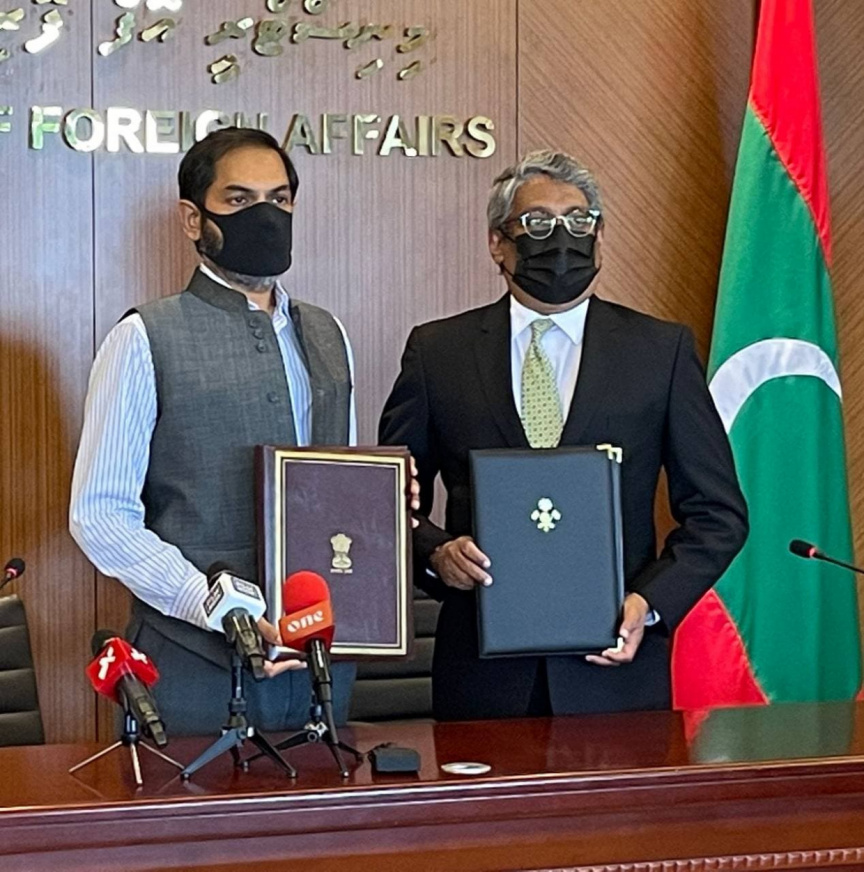 A Memorandum of Understanding (MoU) has been signed for the Government of India to fund eight High Impact Community Development Projects (HICDPs) in the Maldives.

The eight projects which will be launched under this MoU are worth MVR 36,609,600. They include; acquisition of two sea ambulances; strengthening inclusive education support units in three schools in GDh. Thinadhoo, L. Gan and HA. Dhidhdhoo; development of an ice plant in L. Maabaidhoo; Olympus hall upgrading project; a multi-purpose council building in N. Miladhoo; construction of Dhangethi Cultural Centre and installation of street lights in Th. Thimarafushi and Th. Veymandoo.

Foreign Minister Abdulla Shahid delivered virtual remarks during the signing ceremony. In this regard, he stressed that the projects launched under the MoU will contribute significantly to socio-economic development, livelihood activity, conservation of environmental and cultural heritage, empowerment of women and child welfare and skills development.

He also thanked the Indian Government for their continued support and assistance in various forms.

The overarching MoU regarding the HICDPs was initially signed between the two governments on March 17, 2019, for MVR 85 million – which was later renewed with an increment up to MVR 155 million on July 23, 2021.

Session on Maldives to take place at Partnership Summit