AK: Preparing to submit NSP for registration in early November 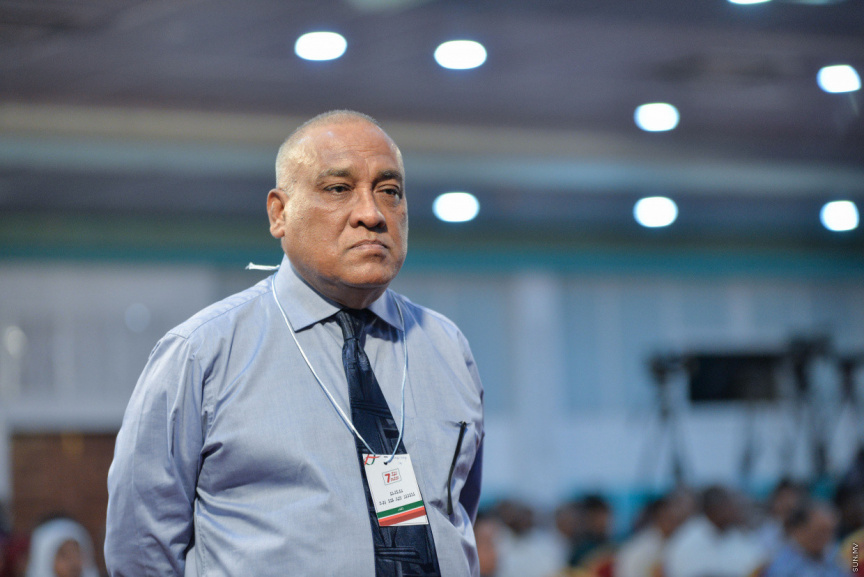 Abdulla Kamaluddin (AK) has stated that preparations were underway to submit National Solidarity Party (NSP) – a new political party spearheaded by AK – for registration with the Elections Commission in early November.

Elections Commission granted approval to go ahead and carry out the necessary work needed for the registration of NSP on August 3.

Speaking to Sun regarding the latest works being carried out – AK said that the deadline given by the Elections Commission to file for the registration of NSP is November 2. On this note, he said that efforts were underway to collect 3000 forms and file for registration before the deadline.

Speaking further, AK noted that the COVID-19 pandemic has posed difficulties to the work on recruiting members to the party. In this regard, he pointed that the restrictions to travel to atolls had obstructed collecting forms from individuals who are interested in joining the party that resides in the atolls.

However, AK said that even with these circumstances focal points operating in the atolls are working on recruiting members – and filling their member forms at a speedy pace.  He added that as a result – new members are joining the party every single day.

AK also noted that no individuals currently in a political post have signed up for the party.

“An individual currently in a political post nor a member of the parliament has signed up for the party as of yet. I have not said that such persons will be signing up for the party,” he had said.

He later became a member of Jumhoory Party (JP), but rejoined Maumoon after he resumed political work.

He was involved in the creation of Maumoon’s Maldives Reform Movement (MRM), and ran for the Parliament with Maumoon’s backing in 2019 elections.

However, he left MRM on June 30 with the vision to form NSP. AK has previously stated that his purpose in forming this party is to address the need for the birth of a new political philosophy to honor Islam, safeguard Maldives’ independence, empower the people with civil liberties, and strengthen social welfare - with the support of other like-minded individuals.

Whilst AK is spearheading the formation of a new political – Former Defense Minister, Dhangethi MP Colonel (Retired) Mohamed Nazim is also spearheading another – Maldives National Party – which has recently been given approval by the Elections Commission to hold its inaugural congress.