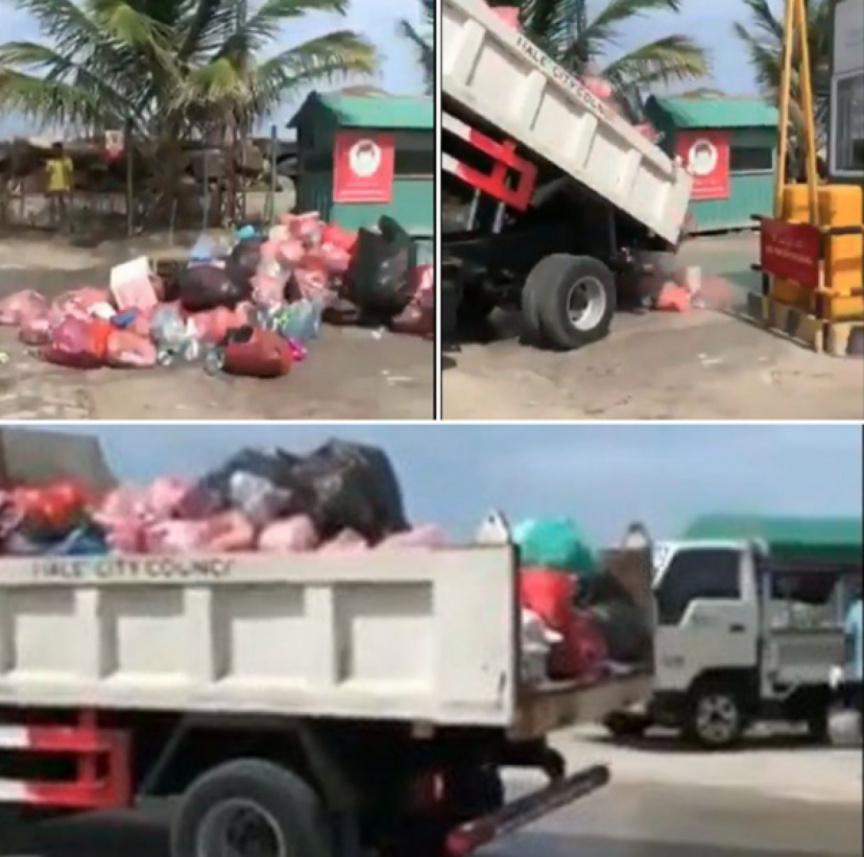 Male’ City Council’s workers dropped off a pile of waste in front of Waste Management Corporation (WAMCO)’s gate on Thursday, an incident council officials say resulted from a misunderstanding.

A video shared by a Twitter user shows a council truck unloading waste collected from the streets of Male’ City in front of WAMCO office.

So @MaleCitymv dropped off all waste in-front of @WAMCOmv gate. Very professional communication between the two I see …. ???? pic.twitter.com/L7AUMTJic2

“This happened due to a misunderstanding. The management of both sides have discussed and resolved this issue, and are collecting the waste,” he said.

Nareesh said the incident resulted from a “miscommunication” between the truck driver and council members supervising the work.

He said the waste was later picked up by council workers.

City council had taken the initiative to clean up the streets of Male’ City after bags of waste were found in some of the streets on Thursday morning.

Male’ City Mayor Dr. Mohamed Muizzu, who is currently on an official visit to Turkey, has accused WAMCO of failure to manage waste at the Maldivian capital in accordance with the agreement between WAMCO and the council.

Muizzu said he will not allow for WAMCO to pester the people and the council.

“I say that the city council will not hesitate to take any action necessary in this,” said Muizzu, in a tweet.

WAMCO said it will hold a press conference in the afternoon to provide details regarding the incident.

Male' City Council to get a special constabulary force