Nabeel: Did not record a nude TikTok video, the video has been edited to humiliate me 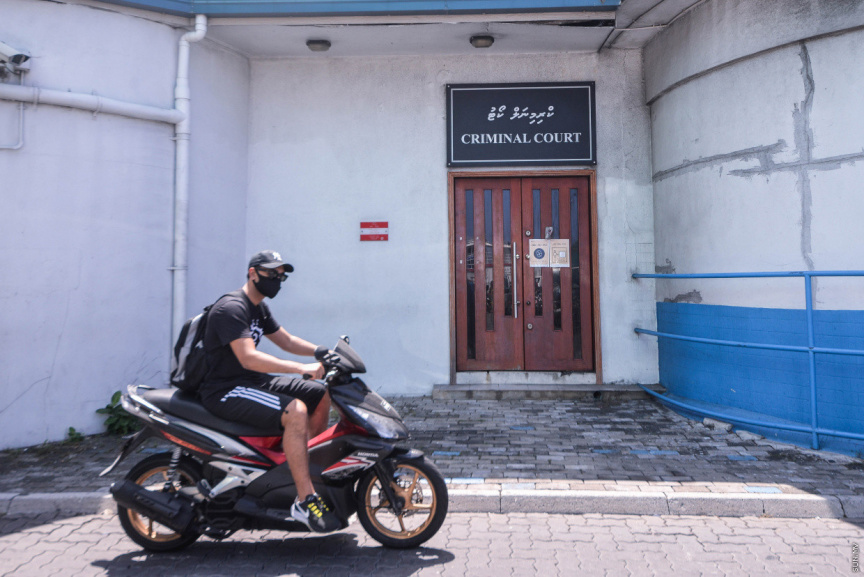 A motorcyclist drives past the Criminal Court on February 15, 2021. (Sun Photo/Fayaz Moosa)

The man arrested for posting a video on TikTok exposing himself has denied recording the video – and publicizing it.

The suspect arrested in the case is a 36-year-old Maldivian man – Mohamed Nabeel.

He further added that TikTok only allows 60-second videos on the platform – making it impossible to upload a 3-minute video. Nabeel also alleged that his face has been edited into the video by a group of people who wishes to humiliate him.

However, Nabeel did admit to cross-dressing during the remand hearing. He also informed the court that he had received multiple death threats.

During the remand hearing, the Police stated that the clothes said to have been worn by Nabeel in the video in question were found in his living quarters – during a search.

The video in question was posted on September 8.

Nabeel was arrested on Saturday night – and he was remanded in custody of the police for 15 days when presented before a judge for his remand hearing on Sunday.

His account was banned by TikTok as it does not allow nudity, pornography, or sexually explicit content on its platform.