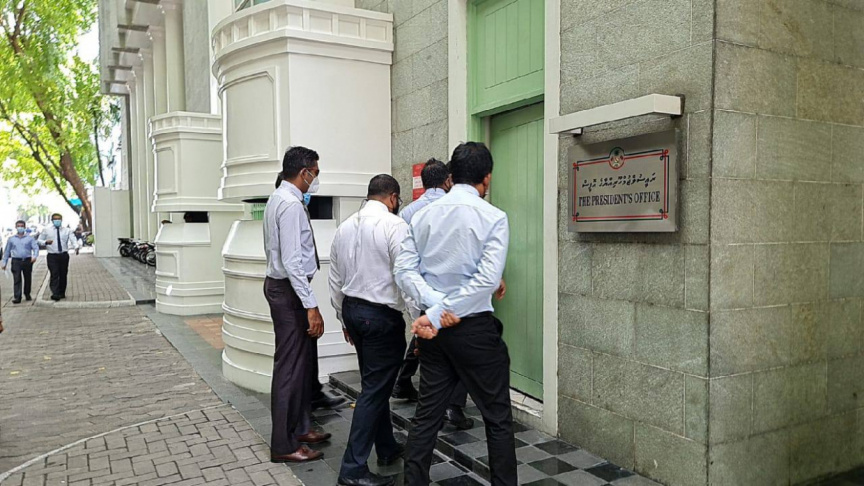 Opposition parliamentarians outside the President's Office on August 30, 2021.

Opposition parliamentarians went to the President’s Office on Monday morning, a day after the leak of audio recordings allegedly of three of five judges on the Criminal Court bench which found former Maldivian President Abdulla Yameen Abdul Gayoom guilty of money laundering back in 2019.

In the audio recordings, which have not been verified, the judges make comments that suggest the current administration influenced Yameen’s trial.

“With the audio leak of three of the five judges, the government, first of all, needs to answer to this,” he said.

Shiyam said the parliamentarians went to the President’s Office to clarify the reason for influencing the judges, and to voice their concerns regarding the issue.

“I don’t believe the Parliament should be open right now either. This is a far greater national issue,” he said.

Shiyam said that the President himself has been found in violation of the laws, and that he should be impeached or voluntarily resign.

The opposition parliamentarians went to the President’s Office after the parliamentary sitting on Monday was suspended following heated verbal exchanges over the audios.