Mausoom: Will make quarantine mandatory for tourists when necessary 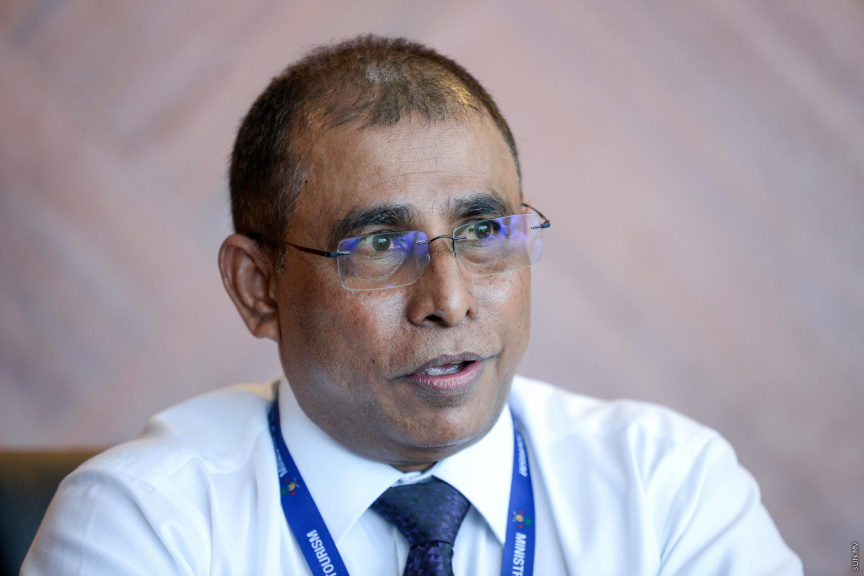 Tourism Minister Dr. Abdulla Mausoom has stated that he has not been officially informed of any cases pertaining to tourists arriving in the Maldives just to undergo a quarantine period. He also added that undergoing a quarantine period will be made mandatory for tourists when the situation calls for it.

Answering a question posed by Sun regarding the allegations which have recently come to light that Indians had been traveling to the Maldives under the pretense of ‘tourists’ just to undergo a quarantine period – Minister Mausoom stated that he has not formally received any such complaints. He also added that if some tourists follow this – it may be due to the changes they bring about to their travel plans.

“Tourists are not supposed to undergo quarantine if they present a negative PCR test upon their arrival to the Maldives. If they are – it is likely that this is due to the changes brought to their travel plans in order to travel to another country, without having to quarantine in that country. This is to meet the travel requirements of such a country,” he had said.

Minister Mausoom also stressed that if the situation calls for tourists undergo a quarantine period during their time in the Maldives consequent to any COVID-19-related reasons – this will be seen to as well.

“Currently, we place tourists in quarantine under the HPA guidelines – such as if they are identified as direct contacts or test positive. When the situation calls for it, we will mandate quarantine for even tourists,” he had said.

“If any parties that are registered with the Tourism Ministry acts outside of our regulations – we will take action against them. If they scam tourists – we will terminate the business,” he had said.

Explaining further, Minister Mausoom noted that such matters are considered serious criminal offenses – and that whilst the Ministry may not be an investigative body, they will continue to take administrative actions against those who commit such offenses as necessary.

“Cases of scamming and such – they are criminal in nature. They should be reported to the Police. If such a case is brought to our attention – we will also report it to the Police,” he had said.

Concluding his interview, Minister Mausoom noted that the tourism sector of Maldives is in major demand and that he would continue to do everything to take it to newer heights.

'Tourism will not be treated as political activity'

'Unsure when work on Kandimeedhoo resort will begin'

Maldives to open 14 resorts this year

'Pres. is the true mastermind behind homestay tourism'

JSC: Will probe allegations of influence in Yameen case