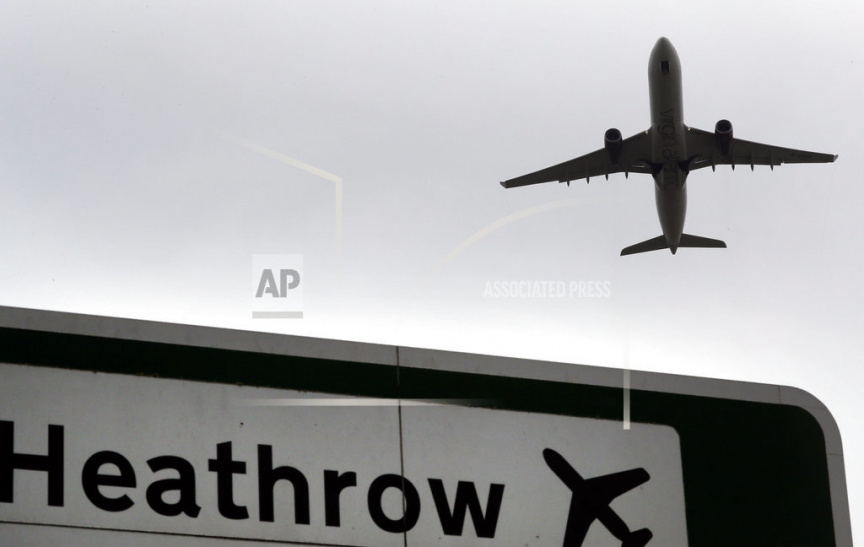 FILE - In this file photo dated Tuesday, June 5, 2018, a plane takes off over a road sign near Heathrow Airport in London. (AP Photo/Kirsty Wigglesworth, FILE)

The United Kingdom has decided to not remove the Maldives from its travel red list – in its most recent review of the list.

Maldives was added to the list subsequent to the surge in COVID-19 cases across the country back in May. Prior to this, the Government had stated that the Maldives remained on the list during the last review – due to changes brought to the guidelines by the UK government.

In this regard, it was said that the Maldives remained on the red list as the country was yet to complete genomic sequencing tests. On August 24, High Commissioner of Maldives to the UK Farhanaz Faisal announced that the genome sequencing has been updated – which is the only criteria the UK had officially requested.

Nevertheless, Maldives still remains on the red list which was last updated yesterday. Hence, those traveling from Maldives to the UK must undergo a 10-day quarantine period upon their arrival.

Following this, Farhanaz took it to Twitter to express her concerns as the UK continues to keep the Maldives on its red list – citing that the Maldives has been recording a lower positivity rate whilst the vaccination rates are soaring.

She also added that the Maldives has recently started to conduct regular genome testing – used to identify the variants of the virus that have been detected in the country. However, she noted that it was a possibility that the regularization came too late for this particular review.

In addition to the UK, United Arab Emirates (UAE) has also removed the Maldives from its ‘green list’ for travel.