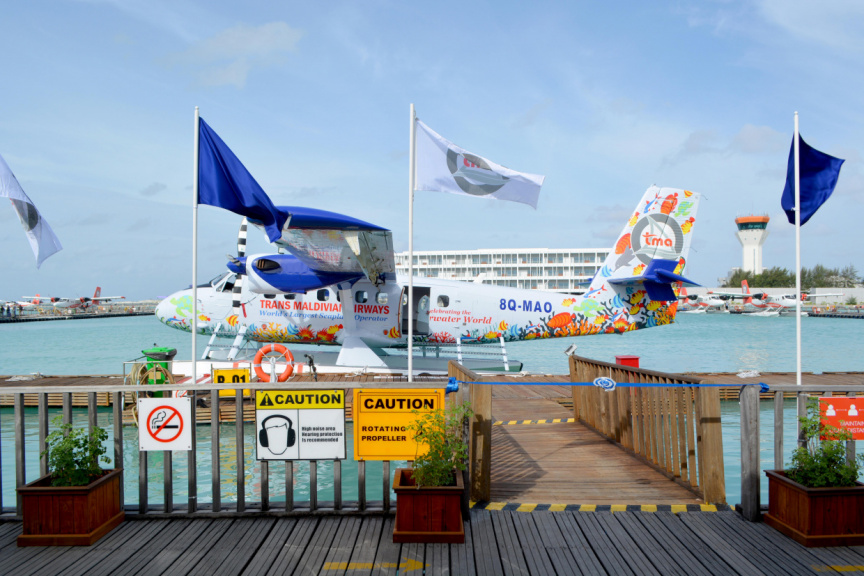 Trans Maldivian Airways (TMA) has unveiled a seaplane with a new special livery that showcases the underwater beauty of the Maldives.

This special seaplane was unveiled at a special ceremony held yesterday evening at TMA Seaplane Base.

Speaking at the ceremony, TMA’s CEO A.U.M Fauzy stated that the new livery showcasing a variety of marine organisms is in hopes of raising awareness and promoting the sustainable continuity of biodiversity and the world’s oceans amongst its passengers.

Fauzy also thanked the government, especially the Tourism Ministry for its efforts in the recovery of the tourism sector of Maldives amidst the pandemic.

Speaking at the ceremony, Minister Mausoom noted that TMA is a major contributor in the development of the tourism sector of the Maldives. In this regard, he highlighted although the company is foreign-owned, the company employees mostly locals noting that more than 75 percent of the pilots employed by TMA are locals – whereas 90 percent of the engineers are local.