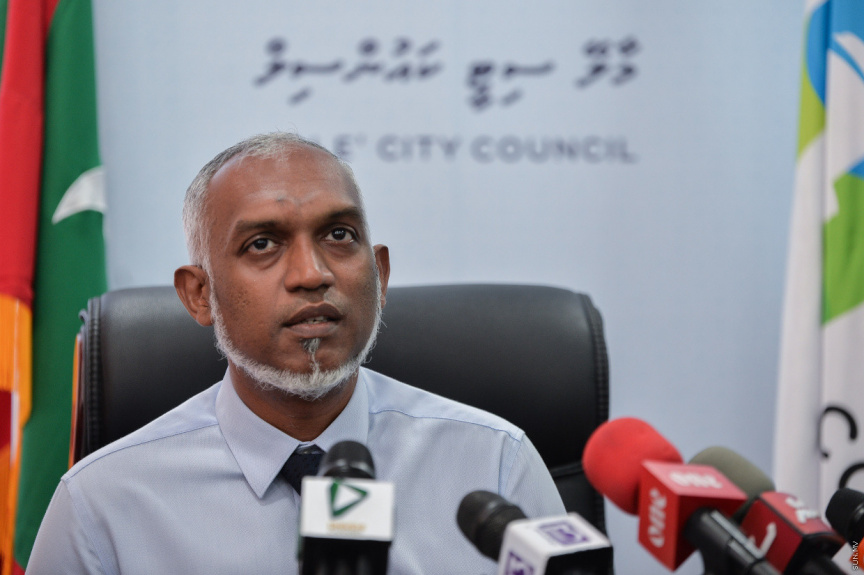 Male’ City Council has announced the decision to introduce school buses in the Maldivian capital.

In a press conference on Thursday morning, Male’ City Mayor Dr. Mohamed Muizzu said that the Male’ City Council envisions a public bus transport service in Male’, and has decided to carry out the project.

“We need public opinion in this matter. On how the people want us to carry this out,” he said.

Muizzu said the City Council wants to conduct its bus transport service in collaboration with the Transport Ministry.

He said that the City Council will provide support to Transport Ministry for the project, and operate as a representative of the people.

“We want assurance a public transport system will be established in Male’ City. Public transport will provide crucial remedy to the traffic issues facing Male’,” he said.

Muizzu said that many of the residents of Male’ City want a public bus service, and it would prove a huge convenience.

“If the service is good, is the rates are good, and if the buses are clean – people will use buses. The bus service previously introduced in Male’ was discontinued for various reasons. We, the City Council, want to work together with the Transport Ministry this time and produce and outcome,” he said.

The decision by Male’ City Council to introduce school buses comes after Transport Ministry announced plans to introduce a public minibus service in Male’ City back in 2019. However, the launch of the service remains delayed.