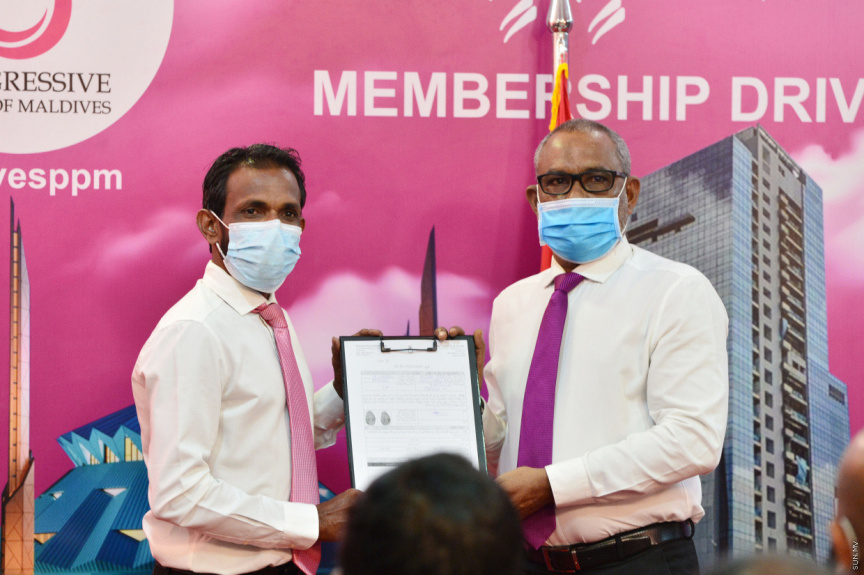 Muhamma signed with PPM in a function held at the party headquarters tonight.

Muhamma was elected as parliament member on Jumhoory Party’s ticket. He then joined PPM – and left after some time due to conflicts.

He then joined Maldivian Democratic Party (MDP) – where he contested in the Party’s last primary for the Ihavandhoo seat. However, he had lost against the current Ihavandhoo MP Mohamed Shifau.

Speaking at the function held tonight, Muhamma noted that a lot of people had encouraged him to rejoin PPM. He also added that leaving PPM initially, was a mistake.

“I was most encouraged by President Yameen. I am grateful to have had the confidence to stand in front of this podium,” Muhamma had said.

He also noted that it is of utmost priority to work to save this nation from its current situation.