May 6 blast: Cases against 4 suspects sent for prosecution 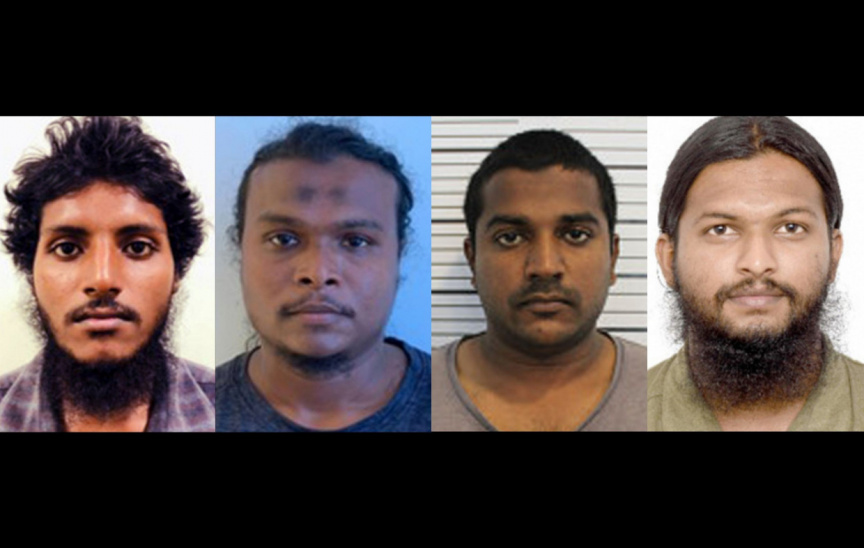 Combined photos of (from L-R) Mujaz Ahmed, 21; Thahmeen Ahmed, 32; Ahmed Adhuham Rasheed, 26; and Ahmed Fathih, 23. They are suspects in the May 6 terror attack.

Cases against four suspects arrested in connection to the IED attack outside the residence of Parliament Speaker, former President Mohamed Nasheed on May 6 has been sent for prosecution by Maldives Police Service.

Moreover, Criminal Court has remanded the four suspects to jail pending the outcome of the trial.

A homemade remote-controlled IED was strapped to a motorcycle parked nearby Nasheed’s residence and was detonated at 08:27 pm on May 6, just as Nasheed, 54, exited his residence and went to get in his car. Nasheed was thrown to the ground and sustained multiple shrapnel wounds, while three members of his security detail and two bystanders sustained minor wounds.

Through CCTV footage, the Police have identified Adhuham as the person who had detonated that IED. Additionally, the Police identify Fathih as the owner of the motorcycle the IED was strapped to.

President Ibrahim Mohamed Solih has previously stated that eight individuals were being investigated in connection to the attack – whereas four of them would be pressed charges soon.

While the cases of these four suspects have been sent for prosecution, the investigation to identify the orchestrators and the funders of the attack is still ongoing as per the Police.

The Prosecutor General has to decide on prosecution within 15 days according to law.

Dheebanaz to chair bench presiding over May 6 trial

Judge Adam recuses himself from bench for May 6 attack

May 6: Some defense witnesses prior terror suspects

Tourist dies in drowning accident at a resort