Nasheed alleges May 6 bomb attackers are linked to ISIS 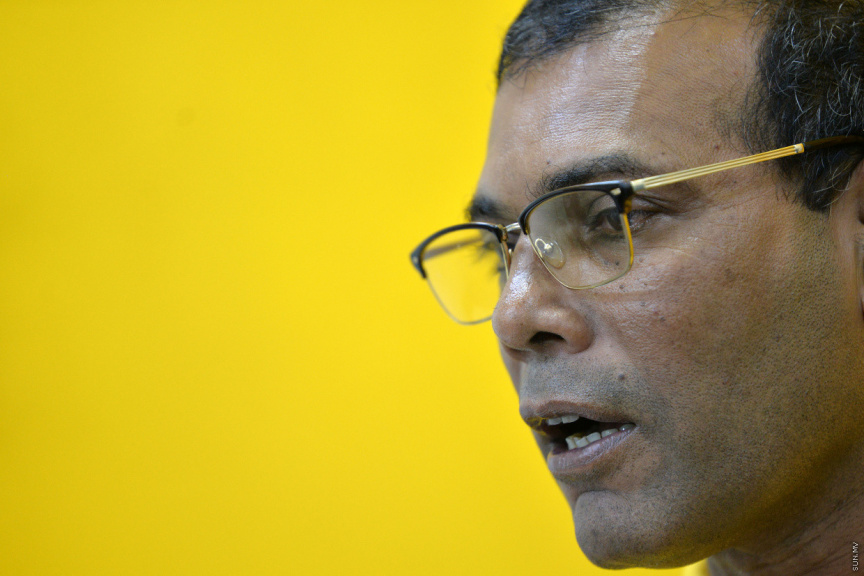 Speaker of the Parliament, former President Mohamed Nasheed has alleged that the individuals who had attacked him on May 6 are linked to the terrorist organization, Islamic State of Iraq and Syria (ISIS).

A homemade remote-controlled IED was strapped to a motorcycle parked nearby Nasheed’s residence and was detonated at 08:27 pm on May 6, just as Nasheed, 54, exited his residence and went to get in his car. Nasheed was thrown to the ground and sustained multiple shrapnel injuries.

He was rushed to ADK Hospital, where he underwent multiple life-saving surgeries to remove ball bearings and other shrapnel, some of which perforated his internal organs. Nasheed is currently undergoing further treatment in the UK.

They are also investigating four more suspects in connection to the case – whose identity has not yet been revealed by the Police.

In a special interview given to Indian media outlet, DNA, Nasheed said that the suspects arrested in relation to the terror attack are religious extremists - whereas Nasheed alleged that they have links to ISIS.

"The arrested individuals and their associates are religious extremists - those that follow the extreme ideologies, especially that of ISIS. Prior to this, other individuals with similar ideologies have also carried out such attacks in the Maldives as well," Nasheed had said.

"While it may not have been an attack involving the detonation of an IED specifically aimed at me, three murders have been carried out previously under the same pattern. It is very serious and very unfortunate," he added.

Nasheed also highlighted that while the suspects who detonated the IED have been caught, the people who orchestrated and funded the attack have still been not - expressing his dissatisfaction with the government's probe into the attack.

In addition to this, Nasheed also talked about other matters pertaining to the Maldives in this interview including religious extremism in the Maldives.