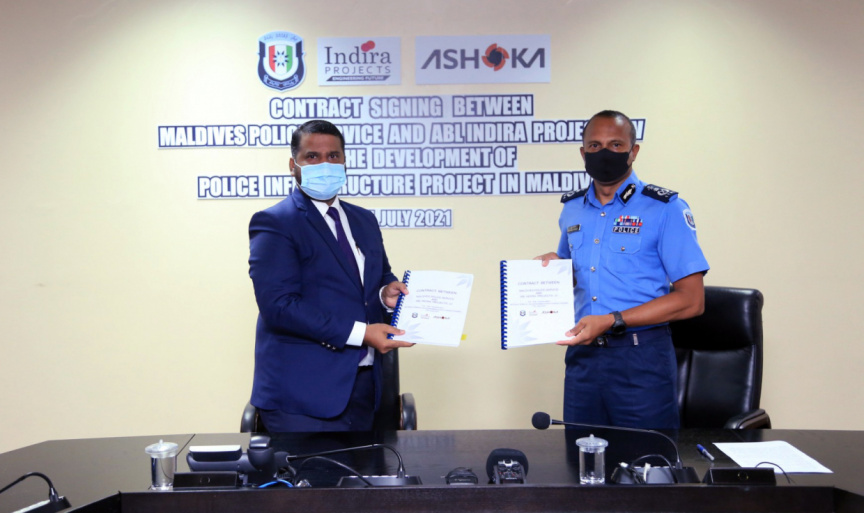 The agreement was signed by Commissioner of Police Mohamed Hameed and ABL Indira Projects JV’s Chairman Bhupesh Nagarajan this Saturday.

Police said 61 police facilities and buildings will be constructed under the agreement.

ABL Indira Projects JV is required to complete the projects within two years.

Police said the projects will lead to the establishment of police stations across Maldives, and facilitate the delivery of modern and democratic services required by the people in a decentralized system.

It will also allow for the establishment of infrastructure that will meet international standards for detention and meet basic requirements for police facilities.

The project is conducted based on the single-source procurement method. Police said their cost analysis shows the cost of the project is comparatively lower than infrastructure development projects conducted under Public Service Investment Program (PSIP) in the past.

Man arrested for bomb threat on senior officials at PO