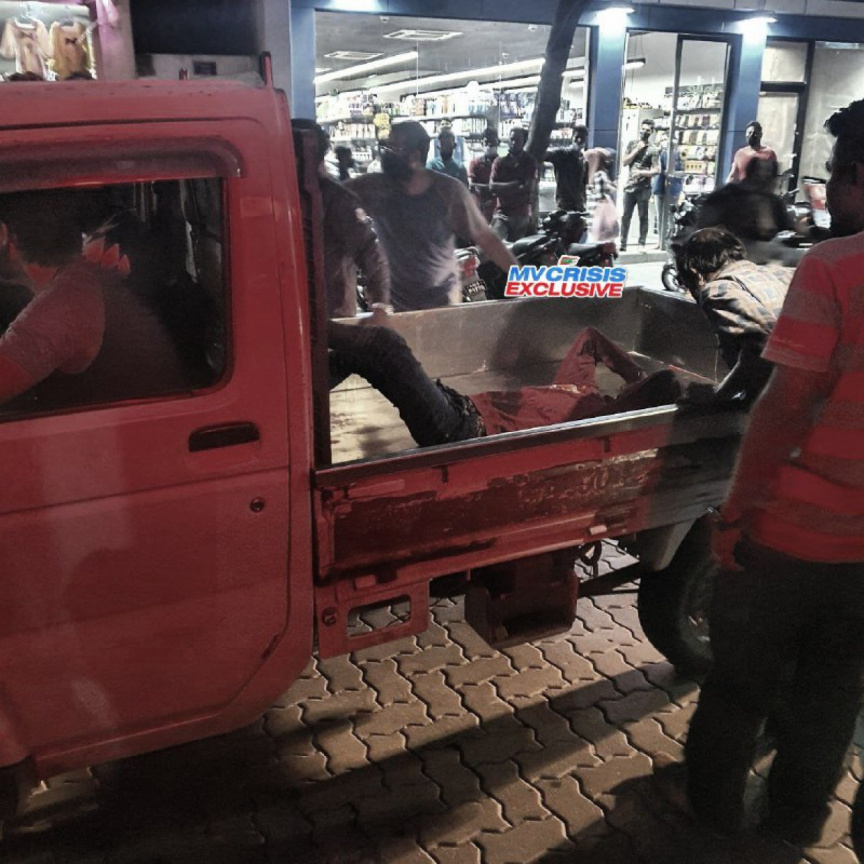 A 14-year-old boy injured after getting attacked on Majeedhee Magu is taken to ADK Hospital on the back of a pick-up on July 17, 2021. (Photo/MV Crisis)

A young boy has been injured after getting attacked on a road in Male’ City.

Police said it received report of the incident at 06:38 pm this Saturday.

According to the police, a 14-year-old boy was beaten up after the car he was in was forced to stop at the Majeedhee Magu-Maaveyo Magu junction.

The boy sustained head injuries in the attack, and is being treated at the ADK Hospital.

Police have yet to make any arrests in connection to the case.