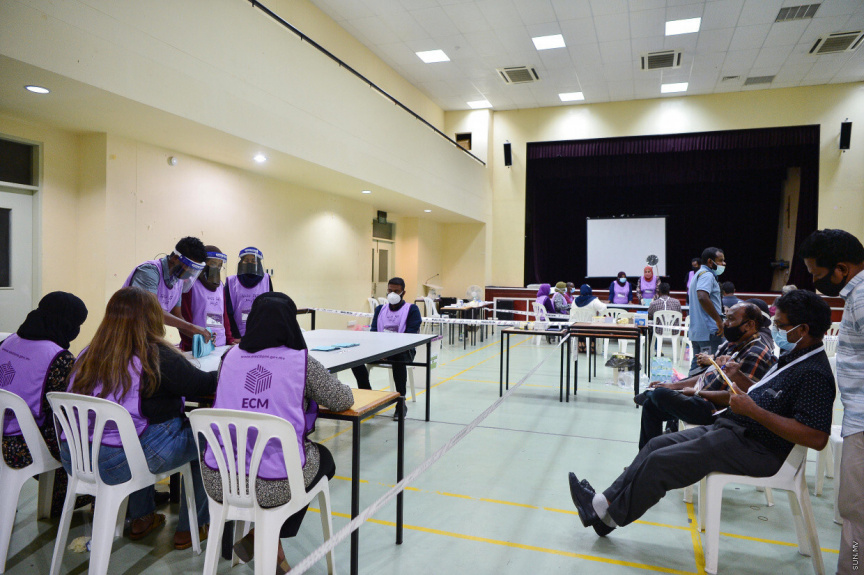 Elections Commission confirmed on Tuesday that multiple employees have tested positive for COVID-19.

They total around 12 employees, he said.

“None of the staffers who tested positive are in serious condition. Contact tracing is in progress,” said Shareef.

Shareef said that all Elections Commission employees, except for employees from three sections, will be working from home, starting Wednesday.

Maldives has been experiencing a surge in COVID-19 infections in recent weeks – both in the capital and in residential islands outside the capital. The country recorded 601 new cases this Tuesday – the highest single-day spike the country has recorded to date.

Health Emergency Operations Center (HEOC) warned this Tuesday that the Intensive Care Unit (ICU) designated for COVID-19 patients at the Dharumavantha Hospital in Male' is currently operating at maximum capacity.

The alarming surge in cases has prompted Health Protection Agency (HPA) to impose additional restrictions in the capital, including a 00:00-04:00 ban on vehicular traffic, and suspension of face-to-face classes in schools.

Meanwhile, Maldives’ promising vaccination campaign has suffered a setback due to the depletion of its stock of Covishield vaccine, prompting authorities to suspend the administration of the vaccine. HPA announced this Tuesday they expect to receive a new shipment of Covishield in two weeks.

Though Maldives has suspended the administration of Covishield vaccine, it continues to administer Sinopharm vaccine and Pfizer vaccine.

Zahid resigns in face of concern from Parliament