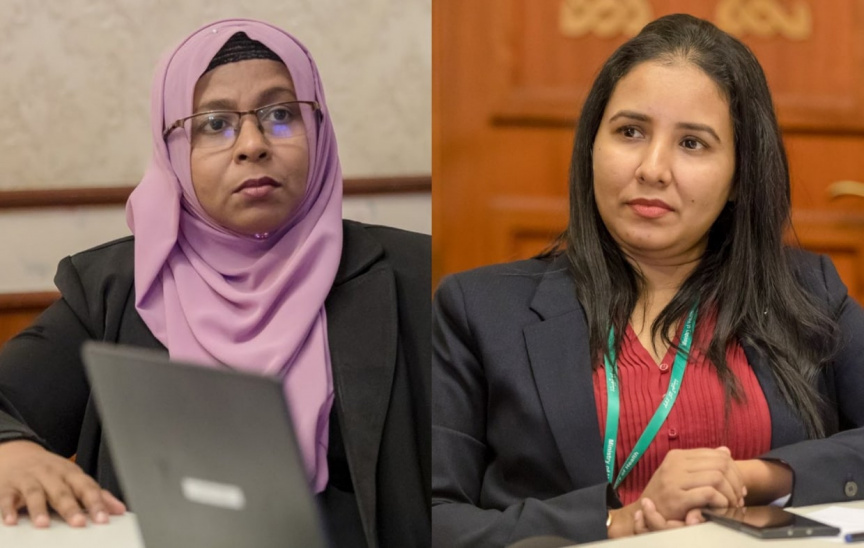 Health Ministry deputies Minister Nishama Mohamed and Shiyama Mohamed were dismissed this Tuesday, after months of suspension when an audit uncovered irregularities in COVID-19 related expenditure by Health Ministry.

Nishama and Shiyama, along with several other top Health Ministry officials, were placed under suspension on August 17 last year. The two officials had been on paid suspension for the eight months since then, until their dismissal this Tuesday.

President’s Office has issued a short statement confirming their dismissal.

Nishama and Shiyama were suspended pending the outcome of a joint investigation ordered by President Ibrahim Mohamed Solih from Anti-Corruption Commission (ACC) and Maldives Police Service into the irregularities uncovered in the audit report.

The most serious irregularity uncovered in the audit was the MVR 34.50 million contract awarded last year to Dubai-based Executors General Trading to procure 75 ventilators for COVID-19 patients.

Following its investigation, ACC requested for charges against 11 officials from Health Ministry, including then-Health Minister Abdulla Ameen and four members of the bid committee, for awarding the ventilator contract to a party without due diligence and technical evaluation as required under Public Finance Regulation. ACC also found there hadn’t been a quotation from Executors General Trading initially, but that a quotation from Dr. Ali Tukmachi was evaluated and later changed to the name of Executors General Trading. ACC suspects the members of the bid committee made the decision in an attempt to deliberately award the project to Dr. Ali.

Following backlash over the decision, the Prosecutor General’s Office announced in March that they will review the decision and re-examine the case.

Maldives received only 15 out of the 75 ventilators, and the audit report shows the Health Ministry paid MVR 30.91 million, which made for 90 percent of the total payment, to Executors General Trading as an advance, without obtaining an advance guarantee or a performance guarantee.

The government has made the decision to proceed to arbitration in order to recover the payment for the ventilators, and has sent notice to Executors General Trading to terminate the contract.

Ministry refuses to put a number on vaccine stock