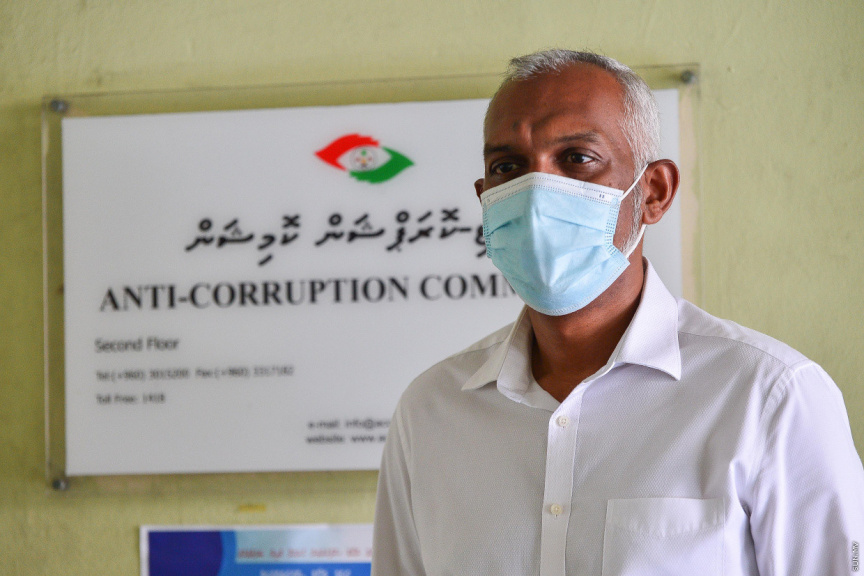 Mayoral candidate for Male’ City and former Housing Minister Dr. Mohamed Muizzu has said that he was summoned to the Anti-Corruption Commission (ACC) today for political purposes.

Muizzu was summoned to the ACC today at 10:00 regarding the case involving the Newport Restaurant and its building in the Bridgeview Platform area of Male’ City.

ACC also requested Muizzu attend another meeting tomorrow to respond to the allegations made against him in the case. Muizzu said that he would attend the meeting scheduled for tomorrow at 10:25.

Muizzu also alleged that the summon to the ACC was to disrupt his campaign for Male’ City mayor.

“We are saying that this is all politically motivated. Have they only learned to summon me for these allegations after two and a half years?” said Muizzu.

He went on to state that he was sure of the trust placed in him by the residents of Male’ City and that the confidence of the campaign had only increased after the government’s attempts to influence the election.

'No wrongdoings by Immigration in departure of Ali'